We first have to break the strength in the dough, but you don’t want to remove all of it. Because you would lose the texture in the noodles, we would add some salt and edible alkaline.

Since flower is naturally lumpy, so when we string out the noodles it becomes smooth.

Through the process of folding the noodles, every fold the noodles double, one string becomes two, two becomes four, four becomes 8 and so on. The noodles become thiner and thiner.

The soup is made with beef tendons, beef, chicken.

We put different types of aniseed, nutmeg, fennel, cinnamon, salt, green onions, and onions to remove the smell from the meats. That way the taste of the soup will be more full.

You have to put pepper oil in Lanzhou beef noodles. 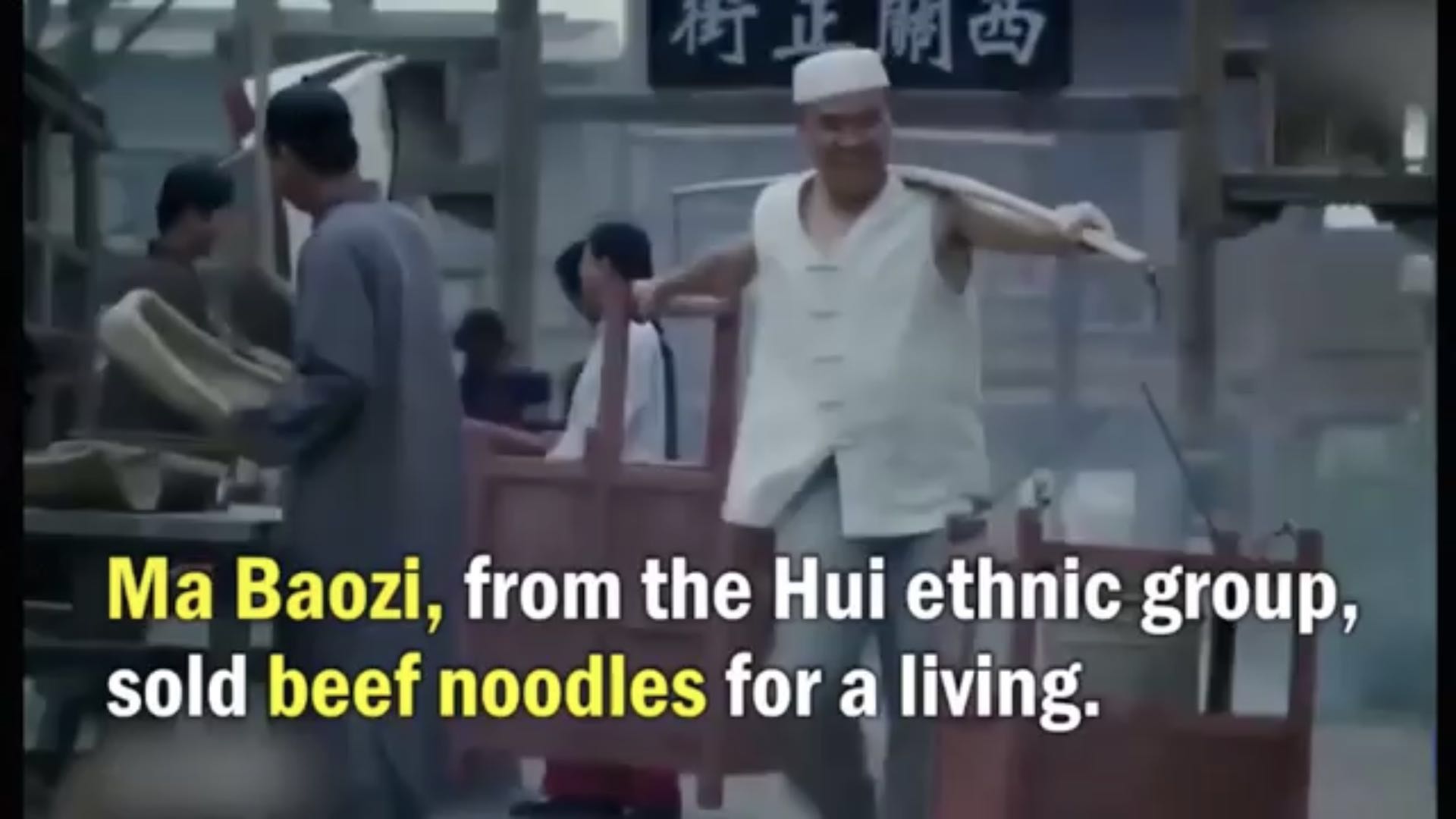 Through many years, the noodles evolved to what is it today.

More than one hundred years ago, Ma Baozi, from the Hui ethnic group, sold beef noodles for a living. 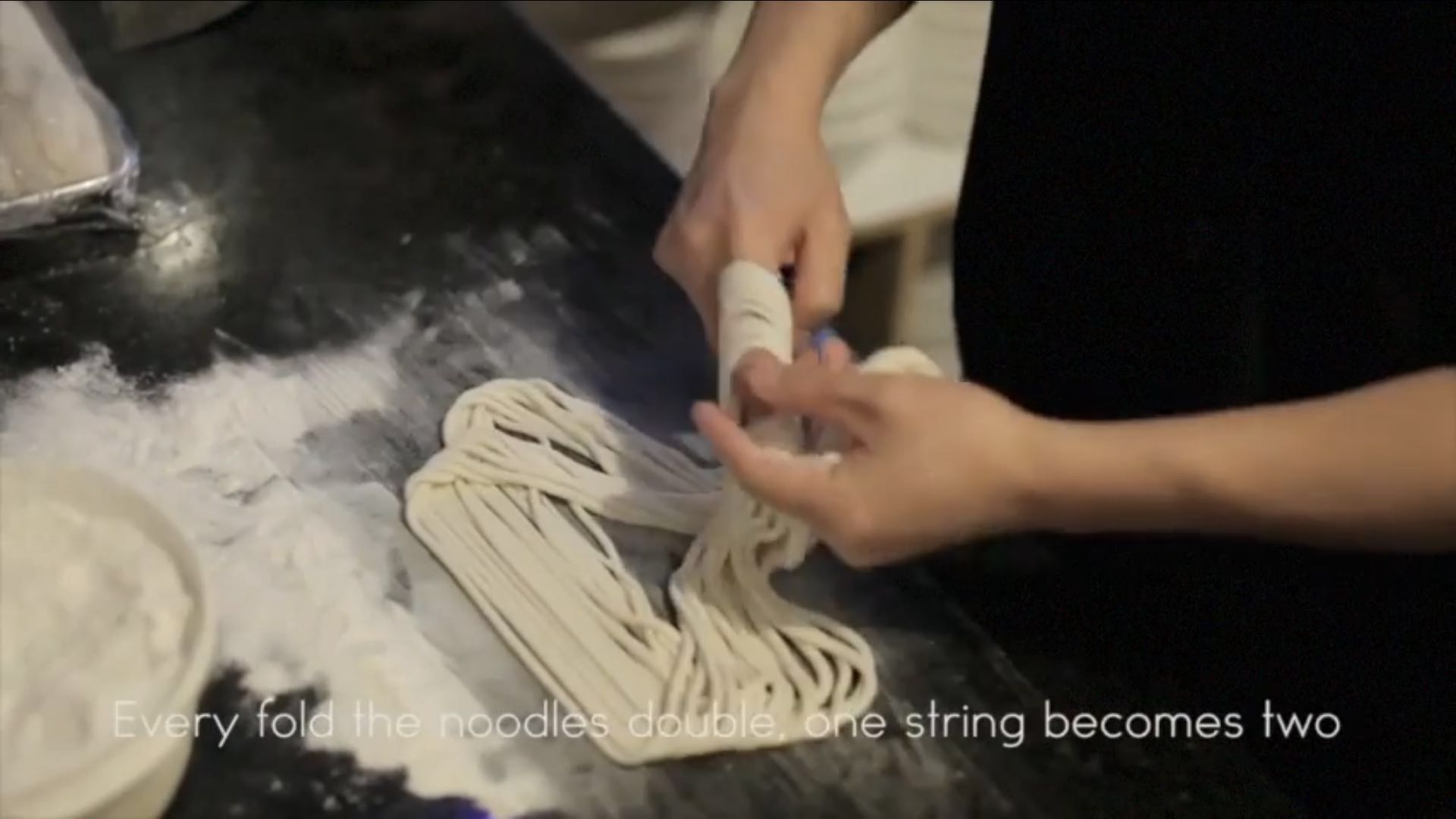 To attract more customers, Ma changed the way he made the noodles.

He didn’t prepare the noodles in advance any more. Instead, he manually drew out the noodles after it was ordered, and served the noodles with special beef soup and other toppings.

It is the origin of today’s Lanzhou beef noodles.

A Glimpse of How Lanzhou Beef Noodles Originated. China Daily, 2017.