To the tune of melodic lusheng (a traditional reed-pipe instrument) music, a girl with western features and Miao clothes performs, with grace, the Pheasant Folk Dance. This dance is enlisted in National Intangible Cultural Heritage of China. 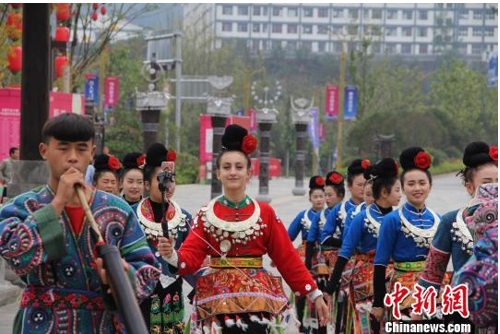 Jong May with other dancers in Miao clothes parade through the street of Guizhou.   Photo: Wen Xinggui

Born in China, she has an attachment to this country. It is the very reason her parents named her Jong May, which means China-US. Despite her return to the US, she persisted in learning Chinese. Driven by her passion toward the Chinese culture and traditional dance, she revisited China during her senior year in high school for extended studies, said Jong May. And now, this 23-year-old woman is a China who’s-who.

In June 2017, Wanda town in Guizhou province launched a worldwide recruitment effort for the appointment of rotating mayor, and image ambassador. The rotating mayor’s mission is to map out a blueprint for the expansion of the town. Jong May quickly stood out and was soon appointed the sixteenth rotating mayor of the tiny town. 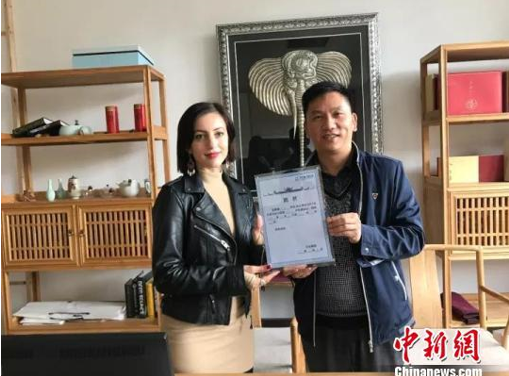 Jong May accepts her letter of appointment. Photo provided by Jong May

During her week-long tenure, Jong May was proud to carry out her duties. She took a stroll around town a couple of times a day to get to know the locals, and better understand their lives. It soon became second-nature and a part of her routine to wear Miao clothes, and join with other girls to dance and offer toasts to the townspeople and visiting tourists. 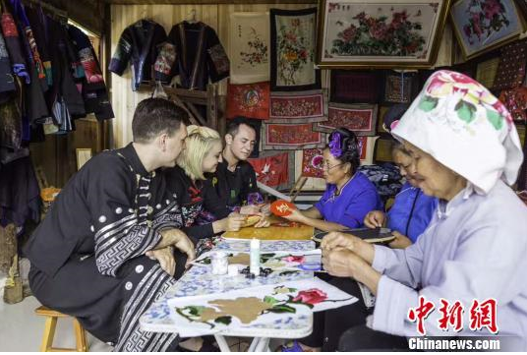 Jong May and her colleagues learn Miao embroidery and batik from local villagers. Photo provided by Jong May

Jong May endeavored to embody and broadcast to the world the image and spirit of Wanda town. Information about bullfights, local batik, paper made with century-old methods, burger fixing, and teaching locals about American dance was posted on her Weibo, We Chat, live stream videos, and other shared platforms.

Everyone in town enjoyed addressing May as Mayor, in a warm and loving way. Feeling significantly closer to her childhood China, May remarked she was here for the people. She also expressed her eagerness to study the colorful customs behind the Chinese folk dancing, and her roots.