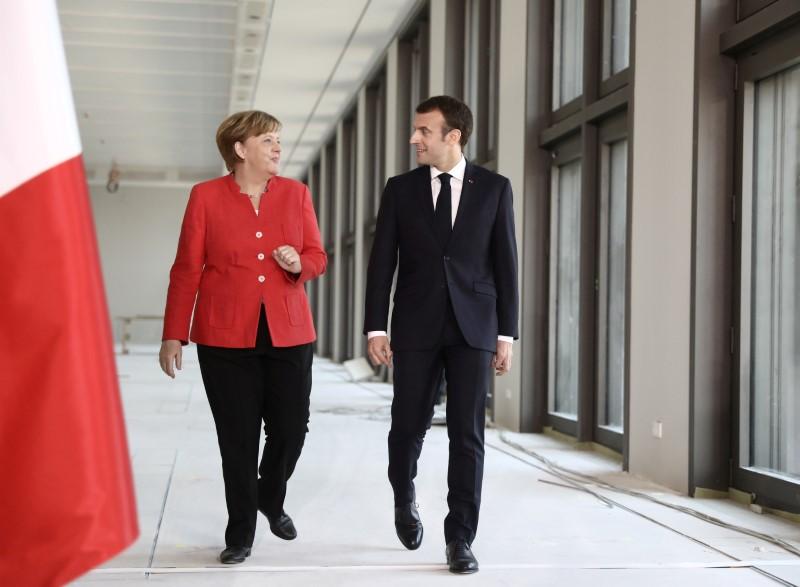 Chancellor Angela Merkel praised French President Emmanuel Macron on Saturday for giving fresh impetus to the European project, lauding his “elan” despite differences between France and Germany over trade policy.

Germany is pushing the idea of an agreement to lower tariffs across a broad spectrum of products, but France insists there must first be a permanent and unconditional exemption for the EU from U.S. steel and aluminium tariffs.

In her weekly podcast, Merkel said Franco-German cooperation worked “very well”, adding that Macron was a worthy winner of the Charlemagne Prize for service to European unification - an award he is due to receive on Thursday.

“Since taking office, he has, with much elan, with much hope, provided Europe with important impetus,” she said.

Despite her warm words, Macron has won only lukewarm support from Germany for his proposals to reform the euro zone.

On the trade issue, EU ministers must soon resolve their differences to give Trade Commissioner Cecilia Malmstrom a clear mandate for negotiations with the United States ahead of a June 1 deadline for U.S. President Donald Trump to impose the duties.