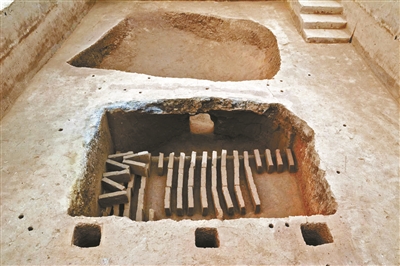 Officials from Beijing’s Municipal Administration of Cultural Heritage announced that roughly 338 tombs were discovered in Lucheng County, dating back from the Han Dynasty (206 to 220) to Qing Dynasty (1644 to 1912).

According to Beijing Youth Daily, an excavation team unearthed 54 tombs from the Han Dynasty and seven from the Tang Dynasty era. Two tombs from the Qing and Ming period were also discovered along with several Han-era kilns and over 300 unique artifacts.

Inside the tombs, items such as bronze mirrors, pots, coins and jade belt buckles were discovered, according to Cultural Heritage authorities. 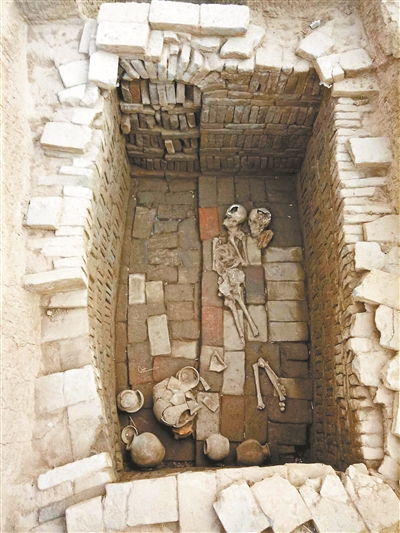 Archeology experts said the blue bricks found in the Han Dynasty kiln sites has helped them understand the unique blue brick craftmanship dating back some 2,200 years ago.

“There have been a number of Han Dynasty kiln sites discovered in Beijing, but it is rare to find so many well-made blue bricks at a single site. The founding demonstrates the shapes, craftmanship and how the blue bricks were used during this time,” one expert said.

In recent years the Cultural Heritage office has made several archeological discoveries. Right now, there are seven excavations underway, and since January, 40 projects have been explored and investigated by experts.