Antarctica: a laboratory for climate change 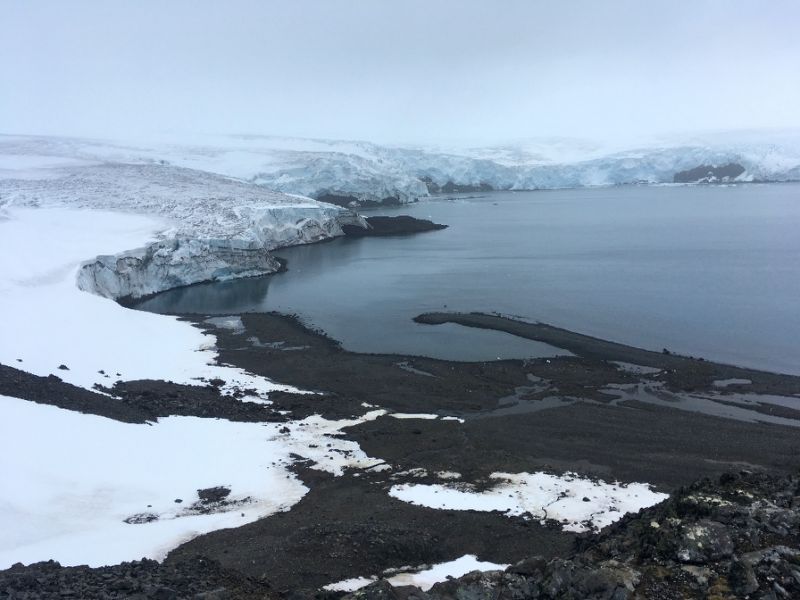 A decade ago, a thick layer of ice covered the Collins Glacier on Antarctica's King George Island.

Now, the rocky landscape is visible to the naked eye, in a region that is both a victim of and a laboratory for climate change.

"I had the opportunity to come here over a 15-year period, and even within a human's lifetime, you can already see the changes brought about by climate change," the director of the Chilean Antarctic Institute (INACH), Marcelo Leppe, told AFP.

Observers can now see "rocks that we weren't seeing five or 10 years ago, and that is direct evidence of the shrinking of these glaciers and loss of mass," he said.

But even as these melting glaciers worry the scientific world, the presence in Antarctica of plants proving resistant to extreme conditions has also sparked hope for a warming planet.

Chile is one of some 20 countries with scientific bases on the cold continent. Its Professor Julio Escudero complex on King George Island is where dozens of researchers are measuring the effects of climate change on native flora and fauna.

"We need to quantify the change to predict what could happen in the near future," Leppe said. 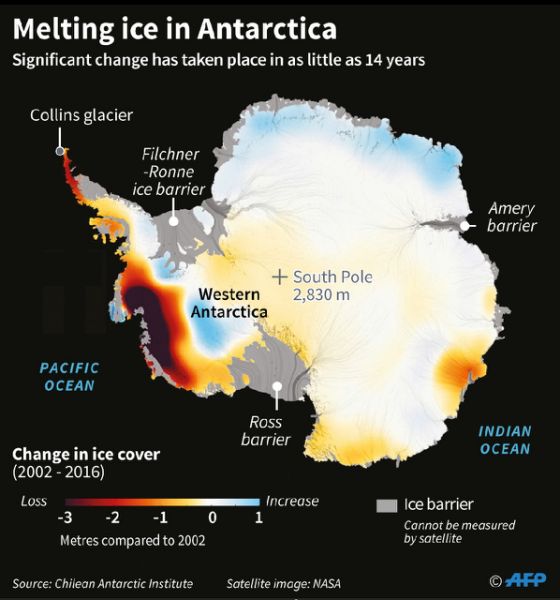 Measurements taken last year by Chilean scientists on Doumer Island in Antarctica's Palmer Archipelago showed water temperature had risen to 2.5 C, up from its normal range of between 0 and 1.5 C. And at a depth of 40 meters, it was still at 2.0 C.

The warming waters have attracted species previously unseen in the Antarctic, such as a spider crab normally found south of Chile.

There is also a blooming of green algae which is vital for the local ecosystem, especially for crustaceans.

"Even though they're really small, the algae and the micro-algae are really important for balance in the food chain," said Nelson Valdivia, a professor at Austral University of Chile.

"They supply nutrients to the rest of the ecosystem, and we know that the number of species in the same ecosystem is a very important factor in terms of it remaining in good health."

But over a longer term, this flourishing of algae could unsettle the ecological balance.

The worry is "losing species that we don't even yet know exist," Valdivia said.

Scientists also fear the effect of warmer temperatures on the rest of the world.

According to NASA monitoring, between 2002 and 2016, Antarctica lost 125 gigatons of ice per year, causing sea levels worldwide to rise by 0.35 millimeters annually.

Antarctica holds 62 percent of the planet's freshwater reserves, so the melting there could have far-reaching consequences, not least by diminishing the salinity of the seas, which could prove fatal for many marine species.

A colony of young Gentoo penguins seen on Ardley Island, Antarctica, are among the many species being studied by scientists from Chile.

However, the white continent also may hold the key to plant and animal life adapting to changing temperatures.

Already, Antarctic plants – which are resistant to ultraviolet radiation and extreme conditions – are being used in biotechnology to give us sun protection lotion, antioxidants and natural sugars.

To survive the rigorous conditions, vegetation here hoards sugar to survive the harsh winter months buried under the snow.

In some mini-greenhouses, Marisol Pizarro, a biotechnology researcher from the University of Santiago, studies how Antarctic plants react to temperatures artificially raised by one or two degrees Celsius.

Her finding is that mosses survive the change quite well – an advantage that could serve other vegetation in the future.

"We could transfer a gene linked to this tolerance for dry conditions to a common plant, such as lettuce or rice, to give that plant the ability to tolerate drought," she said.

"As a result, it would be less affected by the adverse, unfavorable conditions due to diminished water in its environment," she said.

With Antarctica being one of the fastest-warming regions on Earth, the scientists here are working against the clock.

Those from Chile are conducting around 100 projects ranging from genetic observations in penguins, to how solar activity influences the polar environment, to comparing indigenous mollusks with those in South America.

Top: The Collins glacier on King George Island in the Antarctic has retreated in the last 10 years and shows signs of fragility. (Photos: AFP)