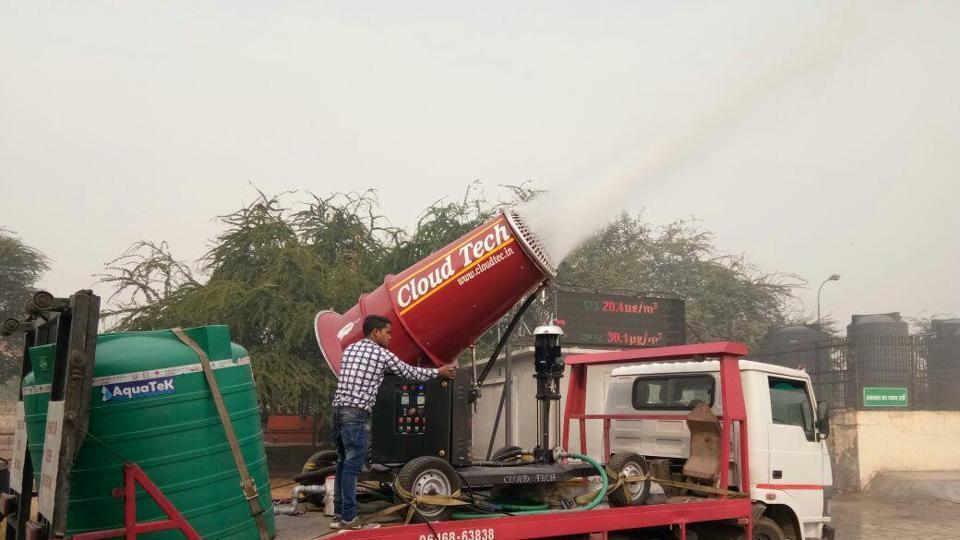 New Delhi (People's Daily) - India’s hopes on the highly anticipated anti-smog guns to control air pollution in New Delhi turned out to be not working, as the machine failed its test run led by the Indian environment ministry.

Under the gaze of Indian Environment Minister Imran Hussain, the machine, designed to help control air pollution by splashing atomized water into the air, did not make a big difference on the air condition, India Times reported.

New Delhi’s air pollution index remained at “severe” level on Wednesday when the test run of the anti-smog gun was launched. The air condition only becomes a little bit better thanks to a windy Thursday morning.

Dubbed as the “fog cannon,” the facility turns water into artificial mist and could reach a height of nearly 45 meters, Hindustan Times reported.

Some Indians are skeptical on the anti-smog gun, as experts believed that such machines won’t be a long-term solution to the troublesome air pollution.

“This can be an instant measure for local effect,” Anumita Roychowdhury, an expert with the Center for Science and Environment of India, told India Times. “But a sustained and long-term measure is needed to bring system changes.”