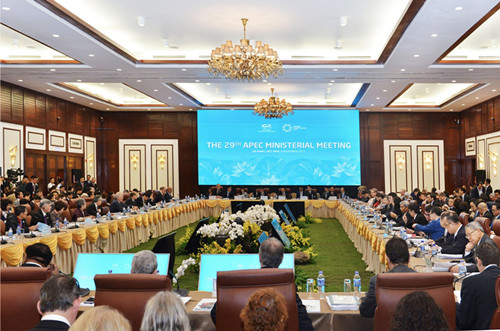 The Joint Ministerial Statement describes collaborative actions to be implemented by APEC economies over the next year to sustain the momentum of regional cooperation and reinforce the profile of APEC as a driver of economic growth and integration in the Asia-Pacific.

The statement had originally been due on Wednesday (November 8), but different opinions over wording led to extended discussions, which was rare for the routine document.

Malaysian national news agency (bernama) quoted Malaysia’s International Trade and Industry Minister Mustapa Mohamed as saying that the United States was particularly unhappy with the use of the word “protectionism” and was more comfortable with the phrase “fair trade”.

The conclusion of the APEC Ministerial Meeting sets the stage for the APEC Economic Leaders’ Meeting today. APEC leaders are due to release a separate communique.