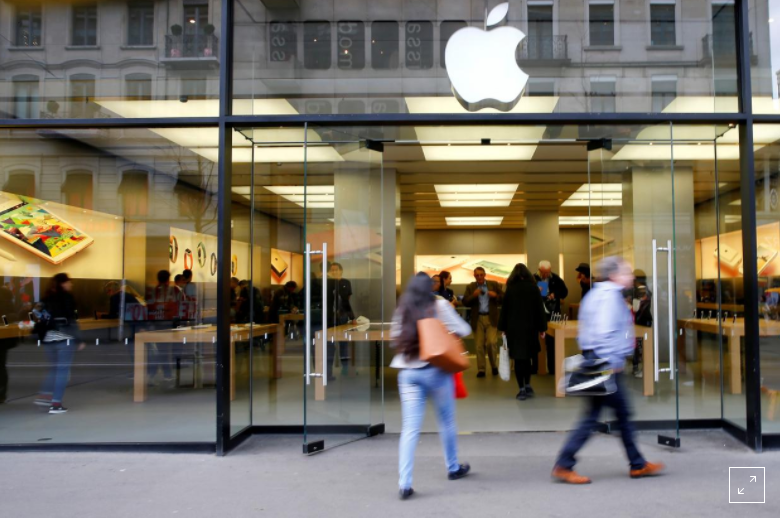 People walk in front of a branch of US technology company Apple in Zurich, Switzerland April 5, 2016. Photo: Reuters/Arnd Wiegmann

Apple Inc will make about $38 billion in tax payments to bring funds kept overseas back to the United States under new federal tax laws, the company said on Wednesday.

Apple said it expected to invest over $30 billion in the United States over the next 5 years, and would create 20,000 jobs through hiring at existing campuses and through opening a new campus.