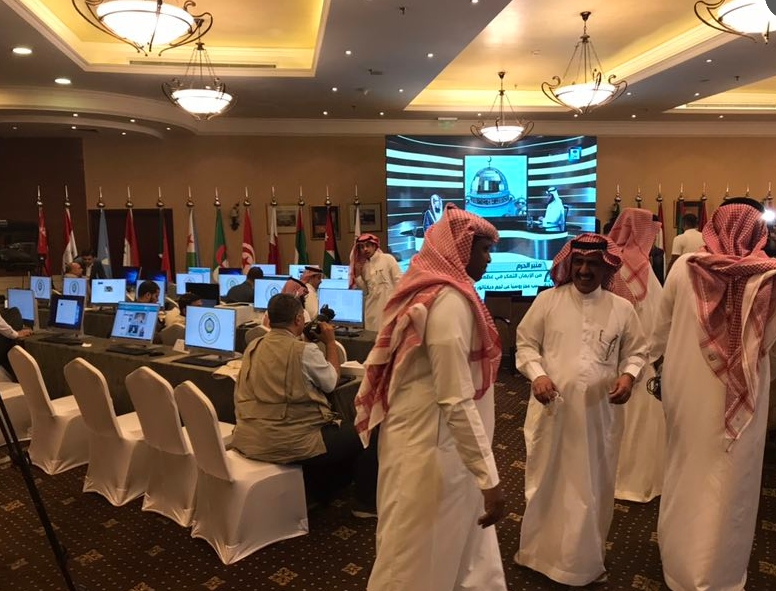 Dammam  (People's Daily) - VIPs for Sunday’s 29the Arab League Summit began to arrive in Dammam, Saudi Arabia on Saturday to discuss a variety of situations concerning Arabic people, and it is expected that the recent news of the US-led air strikes on Syria will take priority on the summit’s agenda.

The launch of the US-British-French joint air strikes and missile attacks against Syria is very alarming and it might further complicate the Syrian crisis, Arab League Secretary General Ahmed Aboul-Gheit said Saturday.

Speaking to the press in Dammam, Aboul-Gheit said he hoped that military action could have been avoided; however, the parties involved, namely the Syrian regime, is being held responsible for the current climate due the use of prohibited chemical weapons against civilians.

"The matter requires a sustainable political solution for the Syrian crisis through serious work in which Arabs play an integral part in the process," Aboul-Gheit said.

He also said that any projects for peace in the region must consider the unity of Syrian land.

However, Aboul-Gheit’s statements did not represent the consensus of the Arab League members. Some Gulf countries, such as Saudi Arabia, Bahrain and Qatar, openly announced their support for the strikes against Syria and demanded that Syrian President Bashar al-Assad step down.

The Iraqi Foreign Ministry issued a statement to the summit, asking its members to take a clear position towards the "dangerous development of the (Syrian) situation."

It also said the area’s ever-escalating military conflict would not only affect innocent civilians in Syria, but also endanger the regional situation, pose threats to regional security and stability, and provide a window of opportunity for the expansion of militants.

“The forthcoming Arab League summit due in Saudi Arabia on Sunday would be an occasion to take a unified position on the Syrian crisis,” Algerian Prime Minister Ahmed Ouyahia said at a press conference held on Saturday. “We have been expecting to send an international fact-finding panel to Syria to probe the reality of the use of chemical weapons there.”

As a founding member of the Arab League, Syria itself has been suspended from the league since 2011, due to an array of reasons.

The Syrian government has repeatedly dismissed the alleged chemical attack in Douma as fabrication by rebels and their foreign supporters to justify military strikes on Syria.

According to the Saudi newspaper Asharq Al-Awsat, a draft closing statement and draft resolutions have been agreed upon by Arab foreign ministers during preparatory meetings. The possible resolution called on the Arab League to reject the Turkish military operations in Syria’s Afrin and to condemn escalation in the Damascus suburb of Eastern Ghouta. It also made a public appeal for ensuring the sovereignty and unity of Syrian territories.