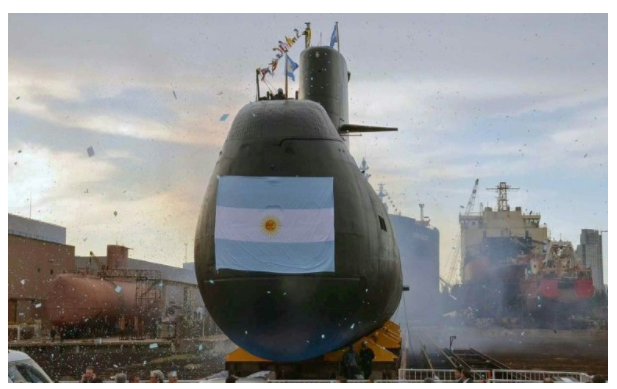 The Argentinian Navy says it has not been in contact with the San Juan submarine for more than 48 hours.  Photo: AP

Argentina’s navy said Friday it has lost contact with a submarine off the country’s southern coast, but doesn’t consider it lost.

The navy’s Twitter feed said that communications were lost Wednesday with the ARA San Juan, a German-built diesel-electric vessel with 44 crewmembers aboard.

It said navy ships and aircraft were searching near the last known location of the vessel off the province of Chubut. It also said it was scanning all possible radio transmission frequencies for a sign of the San Juan.

Navy spokesman Enrique Balbi told the Todo Noticias channel that there was no indication of problems from the submarine and said it couldn’t yet be termed lost.

“It’s not that it’s lost, because to be lost, you have to look for it and not find it,” he said.

Adm. Gabriel Gonzalez, chief of the Mar del Plata base that was the submarine’s destination, said the vessel had sufficient food and oxygen.

“We have a loss of communications; we are not talking of an emergency,” he said.

Still, relatives of some of the crewmembers were at the base awaiting word of the search.

“We are praying to God and asking that all Argentines help us to pray that they keep navigating and that they can be found,” said Claudio Rodriguez, brother of one of the crewmembers, speaking to Todo Noticias.

“We have faith that it’s only a loss of communications,” he added.

Balbi said the sub was headed from the naval base at Ushuaia in the country’s extreme south to Mar del Plata, about 250 miles (400 kilometers) east of Buenos Aires.

The San Juan was commissioned in 1985 and was most recently refit in 2014.