HEADLINE As cancer survival rate grows, so does number of new cases

As cancer survival rate grows, so does number of new cases 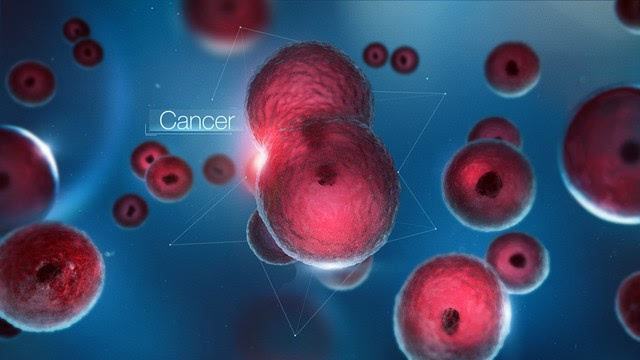 Even as cancer treatment improves and survival rates go up, so too does the number of people afflicted with the deadly disease, experts said ahead of World Cancer Day.

The 14 million new cancer cases worldwide recorded in 2012 will balloon to 24 million within two decades, outstripping the increase in global population, according to the World Health Organization (WHO).

All forms of cancer combined claimed 8.8 million lives in 2015, making it the second leading cause of death after heart disease.

"We know how to help avoid it, and to detect it. We're getting better at treating it. But overall, we're not making real headway in the fight against cancer," said Christophe Leroux, head of communications for France's League Against Cancer.

One is aging populations, especially in developed nations and China, where a one-child-per-family policy in force for more than 30 years created a top-heavy age pyramid.

There is also a long list of lifestyle habits linked to cancer, with tobacco consumption at the top. Other risk factors – all of them increasing – include eating poorly, lack of exercise, drinking alcohol, and obesity.

Cancer-causing infections such as hepatitis and the human papilloma virus (HPV) account for a quarter of cancer cases, mostly in low- and middle-income countries.

Another risk is exposure to carcinogenic industrial pollutants, including asbestos, organic pollutants such as dioxins, heavy metals and small air particles that lodge in the lungs.

Despite the growing challenges, five-year survival rates for most cancers have improved – sometimes significantly – since 2000, according to a study published last week in medical journal The Lancet that reviewed 37.5 million cancer cases between 2000 and 2014.

But large disparities between societies remain, depending on level of development and differences in health care systems.

For children with brain tumours, for example, five-year survival has improved across the board from 54 percent for the period 2000-2004, to more than 60 percent for 2010-2014. In the United States, Denmark, Sweden and Slovakia, the survival rate progressed to 80 percent or better.

In Mexico and Brazil, however, less than 40 percent of children diagnosed with brain tumors survived in the 2010-14 period.

Breast cancer rates also improved across the board, even as disparities remained.

Five-year survival rates for 2010-2014 in the US and Australia were 90 percent. In western and eastern Europe, the rate improved to 85 and 71 percent, respectively.

"If we want fewer deaths from cancer, there are two ways: first, better prevention, and second, improving outcomes," co-author Michel Coleman, an epidemiologist a researcher at the London School of Hygiene and Tropical Medicine.

Cancer is also a costly disease, both for health care systems of for society at large.

Globally, the total annual economic cost of cancer exceeds a trillion dollars, according the WHO.

Much of that burden falls on developing nations.

Lost productivity due to premature cancer deaths in five emerging economies – India, China, Brazil, South Africa and Russia – was more than $46 billion in 2012, according a study released this week by the UN's International Agency for Research on Cancer.

"It seems plausible that the global cost of cancer treatment and care in 2017 must already be substantially higher than $300 billion," the authors of the Lancet study concluded.

"A lack of access to treatment is leading to premature deaths which could have otherwise been prevented," said Sanchia Aranda, head of Cancer Council Australia.

"Low- and middle-income countries face the brunt as millions of people die prematurely from cancer every year as a result of inequities in access to diagnosis."

World Cancer Day is on February 4.