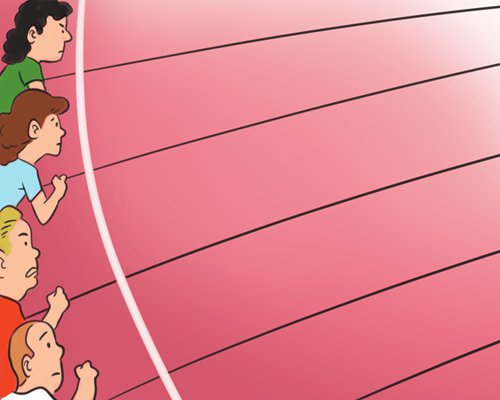 New York City announced the name of students who qualified to enter the city's top high schools in early March. More than half of the successful applicants were Asian, almost double the number of white students and 10 times the figures for both Latinos and Blacks. This mirrors the results in recent years when Asian students, particularly Chinese and Korean, have taken the majority of places in these high-achieving specialized schools.Their success should not be surprising. The admission for eight out of the nine specialized high schools in New York is based solely on applicants' performance in the Specialized High Schools Admissions Test (SHSAT), and it is not too much of an over-generalization to say that Asian students are good at tests.They don't achieve high scores by luck. Asian countries like China and South Korea are known for their rigorous testing systems. From high school to college, one has to pass tests to be able to get in. The better you do, the more competitive an environment you enter, and the better your chances of honing your learning skills to succeed in the next test.The parents of many Asian students in New York, maybe their grandparents, too, grew up grappling with such education systems. Experience across several generations plus the importance of education in Asian culture and the pressure to study hard help Asian students better prepare for the tests. They spend weekends and holidays studying, and their families are willing to invest heavily in special preparatory classes. In their home countries, as well as in many other nations, academic achievement through hard work is often respected and rewarded. But in the US the situation is a little more complicated. The obsession with fairness by decision-makers wedded to political correctness at all costs has gone too far and defeated its very purpose. Asian students are increasingly likely to be victimized by their own academic competitiveness.Nationwide, some top colleges have been giving preference to Latino and black applicants, leaving more qualified Asian applicants out in the cold. And in New York, diversity, or the lack of it, in specialized high schools, has been a scorching topic for political debate in recent years. The drive to abolish the entrance test and replace it with a holistic evaluation system that considers the comprehensive ability of applicants has been growing stronger. Right after the announcement of this year's high school admission results, a black New York City council member once again proposed a resolution to push New York State to abandon the test-based admission policy.To be sure, even in a liberal city like New York, education opportunities are far from equal. There is huge disparity in facilities available at schools, quality of teachers and campus safety. Some schools fail to offer even one Advanced Placement course, whose credits are of great help in college applications, while others can offer a dozen.Needless to say, a diverse campus that reflects the demography of the city is better for all students than a segregated one. And the student bodies of specialized high schools - 52.6 percent Asian, 28 percent white, 6.5 percent Latino and 3.8 percent black - are far from ideal.But specialized high schools are designed for students who are academically competitive. To abolish the test in order to send more Latino and black students to specialized high schools is akin to changing the skills a basketball player needs to join a top NBA team so that there are more Asian players. The top players may lose interest in the game and those who should not even be on the court may be crushed by the pressure to perform. And whatever you call the system, it would no longer be "specialized." The right way to increase participation in any selective program should not be to punish the stronger ones but to help the weaker ones to perform better. In the past few years, the city's Department of Education has been working in this direction. A program called "DREAM," for example, offering disadvantaged students free test preparation after school has been effective. This year, participants in the program made up 8 percent of the black and Latino students taking the SHSAT test, and 29 percent of students from the two ethnic groups were admitted.The program is part of the effort of the previous schools chancellor Carmen Fariña to make the top high schools more diversified. Now Fariña has retired. At the press conference in which she announced her retirement, I asked her whether a new chancellor would mean more drastic changes to specialized high schools' admission policy. Fariña said she believed current programs like DREAM work and should continue. But Mayor Bill de Blasio told the same event that he didn't think the test system is fair and he would keep pushing for more changes.We'll have to wait and see what happens.