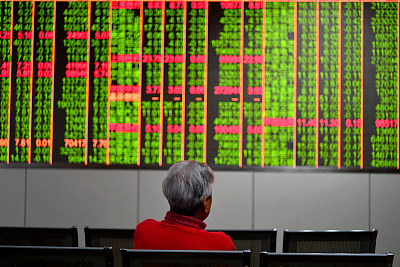 Asian stocks opened lower on Wednesday, as falls on Wall Street discouraged investors from buying actively despite receding fears of a trade war.

Chinese stocks opened lower on Wednesday, with the benchmark Shanghai Composite Index down 1.14 percent to open at 3,130.57 points.

Mining, oil and coal product, and bank-oriented issues comprised those that declined the most by the close of play.

"Ultimately, Trump's target was and remains to reduce the country's sizable trade deficit with a number of countries," said senior market analyst Craig Erlam of OANDA, adding that he was skeptical Trump will follow through on his threats to prompt a trade war.

"Given the reaction we've seen in markets over the last couple of weeks I don't think he'll be keen to follow through on his threats and risk sending markets into a tailspin."

Jasper Lawler, head of research at London Capital Group, cautioned investors "not to get too excited" because "huge up-days do not typically happen in a strong market."