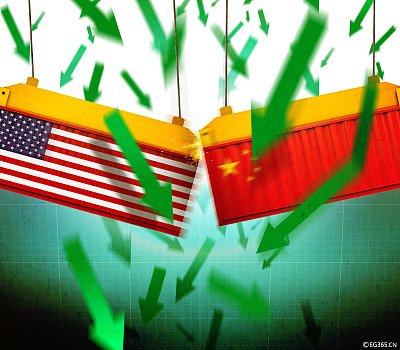 Asian stocks tanked on Friday on fears of a potential trade war, following the steep dive of their US and Europe counterparts.

US President Donald Trump signed a presidential memorandum Thursday that could impose tariffs on up to $60 billion worth of imports from China. As a response, China unveiled Friday a list of 128 US products as potential retaliation targets.

A spokeswoman of China's Ministry of Foreign Affairs said China has been showing no desire for trade war, the potential trade war has not been initiated by China, and it will benefit no parties involved in it. On the other hand, the threat of retaliatory tariffs by the Ministry of Commerce shows that China is able to protect its legal interests.

"China will fight to the end in any trade war", the spokeswoman of Foreign Ministry said on Friday.