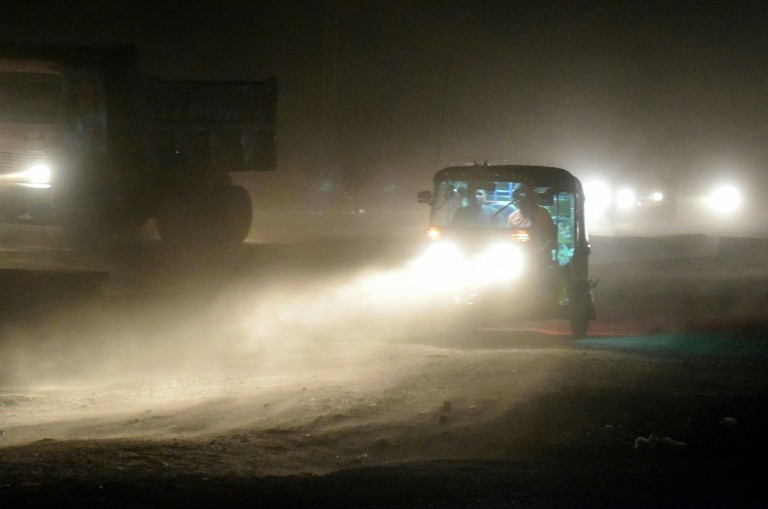 A huge dust storm and lightning strikes killed at least 125 people across India which braced Thursday for more wild weather.

Dust clouds plunged swathes of north India into darkness as choking winds of more than 130 kilometres (80 miles) per hour swept across the states of Uttar Pradesh, Rajasthan and Punjab, flattening houses, walls, trees and power pylons.

At least 111 people were killed, many as they slept when walls and roofs came tumbling down on them.

Another 14 people were killed in the southern state of Andhra Pradesh which was hammered by more than 41,000 lightning strikes on Wednesday, disaster officials said.

Uttar Pradesh and Rajasthan bore the brunt of the dust storm that was blamed on a collision of two weather fronts with India in the grip of higher temperatures than normal. 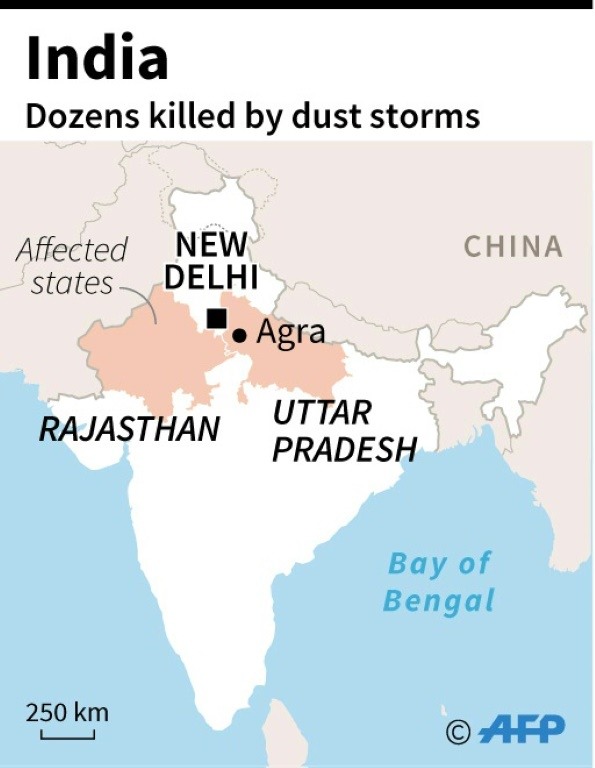 Similar storms kill many people each year in India but this was one of the most severe in recent decades.

Shivam Lohia, who owns a resort hotel in Alwar district of Rajasthan, abandoned his car on the road and ran for his life after it was almost blown away.

"I haven't seen such a devastating storm in at least 25 years. Everyone was scared and running for cover as trees and homes were getting blown away. It was a nightmare," Lohia told AFP.

There were 73 confirmed deaths in Uttar Pradesh in the north, 36 in the desert state of Rajasthan to the west, and two in Punjab. 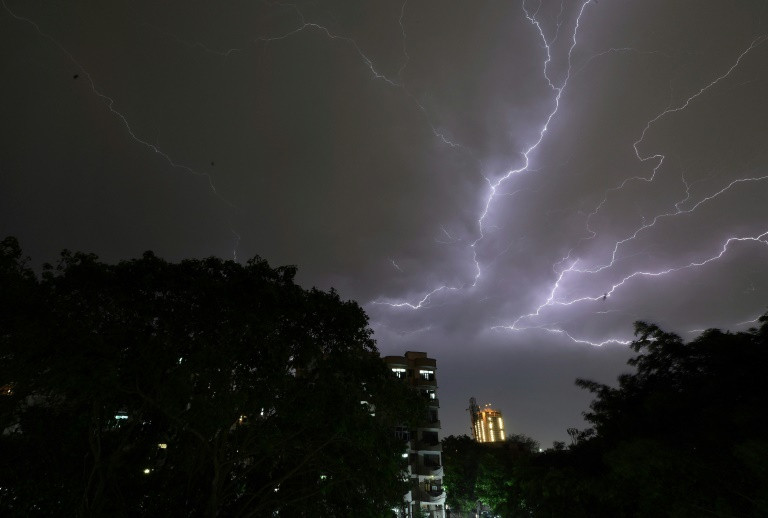 Storms kill hundreds of people each year in India but these were some of the most severe in recent decades. (Photo: AFP)

Agra district in Uttar Pradesh was one of the worst hit areas, with at least 43 people killed. The Taj Mahal is in Agra city but officials said the monument escaped damage.

Last month, a similar storm killed at least 15 people in Uttar Pradesh and destroyed two minarets over an entry house to the Taj Mahal.

Rescuers were still going through the rubble of felled homes on Thursday. Media reports said more than 20 people were found dead in the village of Kheragarh southwest of Agra. 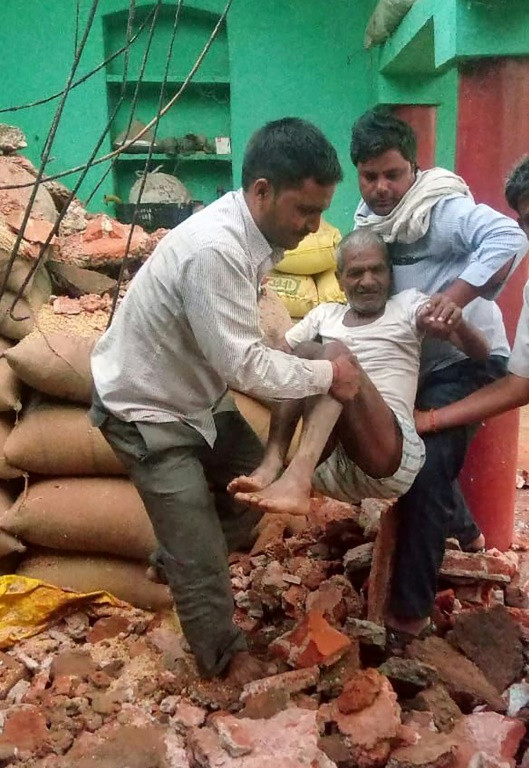 Agra district was one of the worst hit, with 43 killed in the dust storms. (Photo: AFP)

T.P. Gupta of the Uttar Pradesh relief commissioner's office told AFP the death toll was "unprecedented" from such a storm in the past 20 years.

More than 150 cattle and other animals were also killed across the state.

"There is a forecast for more storms in the next 48 hours across the state so people should be alert," he added.

Hemant Gera, head of Rajasthan's Disaster Management and Relief Department, said emergency services were on alert and that people should not sleep outdoors.

The India Meteorological Department warned there would be more storms over a wider area up to Saturday.

Meteorologists warn that more wild weather is on the way. (Photo: AFP)

Three districts in Rajasthan, a state popular with tourists for its heritage palaces and desert safaris, were hit the hardest on Wednesday.

There were 19 deaths in Bharatpur, nine in Alwar and eight in Dholpur.

Weather department officials in New Delhi said the storm was caused by a collision of rival eastern and western weather systems over the humid northern plains.

Charan Singh, a scientist at India Meteorological department, said winds of 132 kph hit Agra while even in the capital Delhi there were gusts of 59 kph.

Power was cut in many parts of Rajasthan as thousands of electricity pylons were destroyed. Officials said it could take more than two days to restore power.

"Saddened by the loss of lives due to dust storms in various parts of India. Condolences to the bereaved families. May the injured recover soon," Prime Minister Narendra Modi said on Twitter.

"Have asked officials to coordinate with the respective state governments and work towards assisting those who have been affected," he added.