HEADLINE At least 13 killed in bus accident in northern Turkey

At least 13 killed in bus accident in northern Turkey

ANKARA, March 13 (Xinhua) -- A bus crashed into a parked truck Tuesday morning in Turkey's northern province of Corum, killing at least 13 people and injuring 20 others. 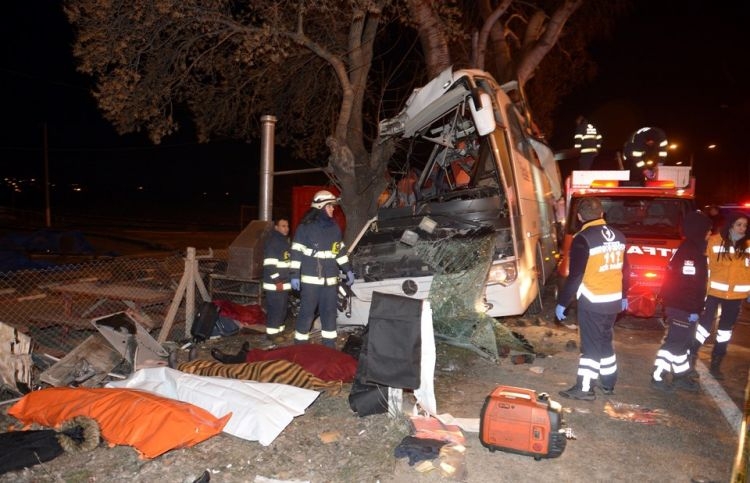 The bus, with 33 passengers on board, was travelling from Istanbul to Tokat province when it crashed into a semi-trailer truck with a Georgian plate on the Osmancik-Kargi highway and caused a fire.

The footage broadcast on local TV channels showed that the fire had been brought under control. The bus was completely burnt down.

The exact number of the victims has not been officially announced as the authorities were still trying to identify the victims.

A large number of ambulances, fire brigades and gendarmerie teams were dispatched to the scene. The wounded were taken to hospitals nearby for medical treatment, the report said.

An investigation was launched by the local public prosecutor into the cause of the accident, it added.