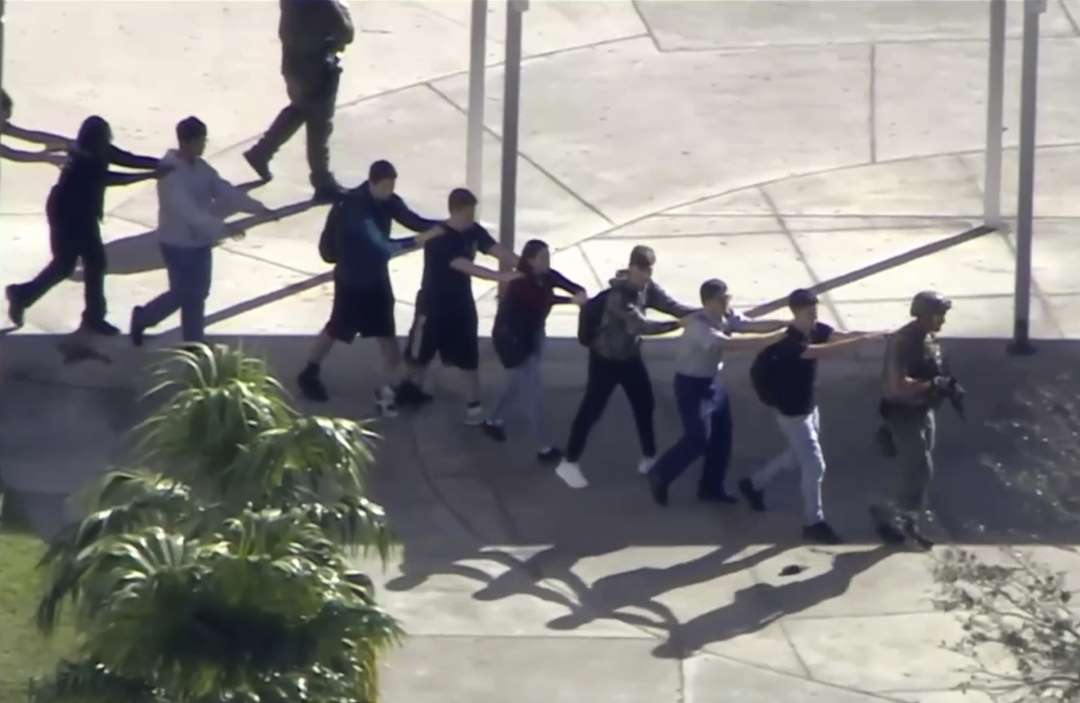 Students at Douglas High School in Parkland are evacuated from the school following a shooting on February 14, 2018. Photo:AP

Police said they received reports of a mass shooting at Marjory Stoneman Douglas High School in Parkland, a city north of Miami.

The shooting happened in the afternoon. The students were evacuated immediately while some were locked in the classroom.

The shooter is 19-year-old former student who was expelled, Broward County Sheriff Scott Israel said during a news conference.

US President Trump tweeted, "My prayers and condolences to the families of the victims of the terrible Florida shooting. No child, teacher or anyone else should ever feel unsafe in an American school."