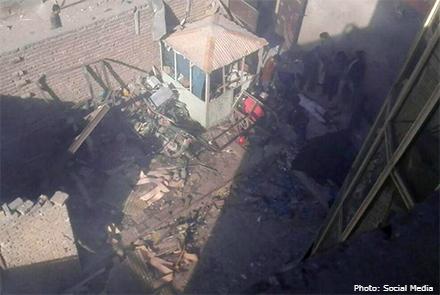 The site of a suicide attack in kabul, Afghanistan (Photo: TOLO News)

Islamabad (People’s Daily) - At least 40 people were killed and 31 wounded in a deadly suicide attack in the Pule Sokhtia area of Kabul on Thursday morning, the Afghan Ministry of Interior confirmed. 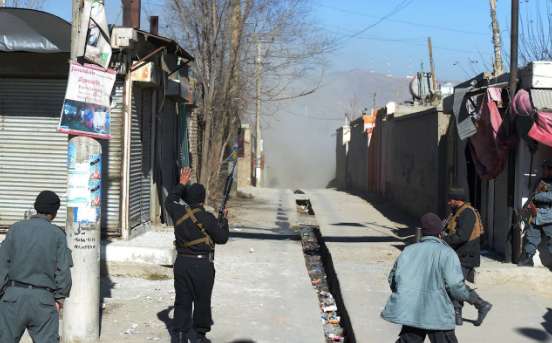 Security personnel arrive outside the site of a suicide attack in kabul, Afghanistan (Photo: AP/Rahmat Gul)

Women, children and journalists were among those killed when a suicide bomber detonated his explosives, the ministry said. The center houses a news agency and social activists were meeting at a cultural activity center.

Suicide bombers triggered two of three blasts in an attack that likely left more than 40 dead and about 100 wounded, a security official told the Khaama Pres. 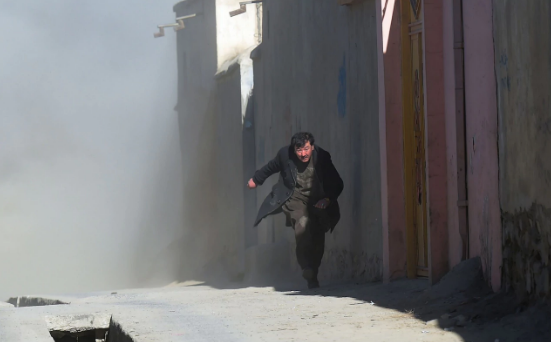 An Afghan man runs away as dust blows in the aftermath of the third blast at a Shia cultural centre in Kabul on December 28 (Photo: AFP/ Shah Marai)

The Taliban immediately rejected any involvement in the attack. No individual or group has so far claimed responsibility behind the attack.