HEADLINE At Olympics, fiery optics both entertaining and symbolic

At Olympics, fiery optics both entertaining and symbolic 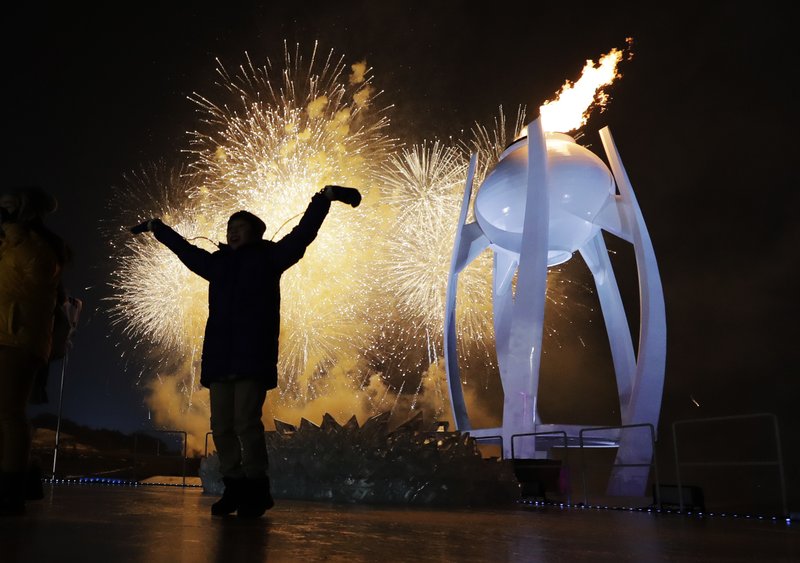 All Olympics opening ceremonies are about optics, about intense visuals — and often about meticulously calibrated pyrotechnics in angry colors designed to leave a lasting impression on eyes and mind.

Rarely, though, do such pyrotechnics unfold in front of people who represent two nations believed by the world to be able to rain actual nuclear fire onto the planet.

It was difficult on Friday to watch Kim Jong Un’s sister and Donald Trump’s vice president sitting within feet of each other, watching the fire-filled opening show for the Pyeongchang Games, and not be reminded of the connection between explosions calibrated for performance and those that could represent actual mass destruction.

It is North Korea, of course, whose aggressive words and unabiding commitment to its nuclear program have the world frightened at what it could do next. And it is the United States whose aggressive response and unabiding commitment to a denuclearized North Korea have been ratcheting up the rhetoric in recent months and, some say, grooming the world for war.

Add to that context the South’s elaborate efforts to present these as a unified Games, perhaps even a harbinger of a unified Korean Peninsula, and the unexpected, awkward side-by-side presence of Vice President Mike Pence and Kim Yo Jong, and you have an opening ceremony brimming with optics potent enough to compete with the most enduring ancient allegories.

But it was the fire that really stood out. In the context of North Korea and the United States — and the fears some felt about coming to these Olympics given the political situation that envelops them — the symbolism of the Olympic opening felt not only slick but downright elemental.

The Chinese, one country away from Pyeongchang, came up with fireworks more than a millennium ago. For them, it meant the peaceful use of something lethal — gunpowder — deployed in hopes the noise and light would scare away evil spirits.

That’s not so far off from what happened here Friday.

By the end, when a celebrated South Korean skater turned a handheld torch into a cauldron of controlled conflagration in the name of Olympic spectacle, it was hard to miss the message: Watching this controlled fire, and the many people behind it that want it and the games to represent peace, is exactly what we want — not that out-of-control fire that will take our world to places we never want to visit.

On an evening of optics, for those sitting in the stadium, that message carried at least as far as the smoke from the many fireworks that were uncorked here.

They talked of peace, every one of them, these officials of Olympics and nations. But their explosions — their intricate, artful, beautiful explosions, crackling through the bitterly cold night — spoke just as loudly of the war that very few of them want and all of them fundamentally fear.