Aussie Foreign Minister distances Australia from US on China threat 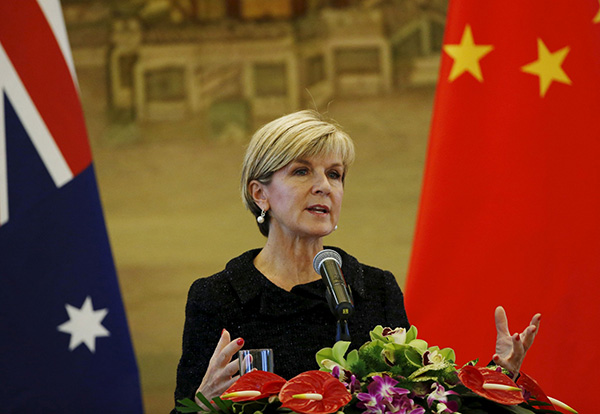 Australia does not take Russia and China as a military threat, said Julie Bishop, Australian Foreign Minister on Monday.

Earlier this month, the US Department of National Defense published a new defense strategy putting China and Russia as threats.

Australian Prime Minister Malcolm Turnbull was asked about the dissonance in his minister's comments and said Australia did not see China as a threat but always plans ahead.

Turnbull's response has been echoed by other officials.

In recent months, relations between the Turnbull government and Beijing have deteriorated following disputes on so-called foreign interference in Australia and the quality of China's growing aid program in the Pacific.