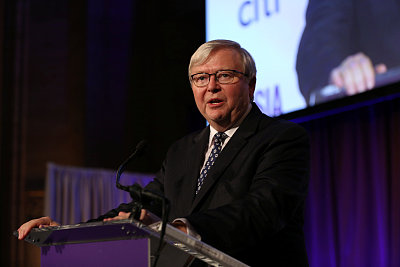 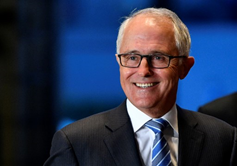 “China has long sought to increase its international influence, both in Australia and around the world. Other foreign powers do this in Australia too,” Rudd wrote in a piece published in The Weekend Australian.

Rudd goes on to accuse Turnbull of fostering “McCarthyism” towards China, points that were echoed by former Turnbull Trade Minister Andrew Robb, who called on the Prime Minister to tone down his anti-China rhetoric.

While speaking at a recent National Press Club event, Rudd criticized the Turnbull government for implementing “neo-McCarthyism” over its foreign interference package, a measure aimed at curbing China’s influence in Australia.

“As a result of that, after a period, Turnbull found himself almost unable to control himself regarding pursuing a domestic political agenda,” said Rudd.

What Rudd has been pursuing is a more balanced China strategy and “not one that waves the neo-McCarthyism flag in this country against the Chinese communities who live here.”

“Speak with good patriotic Chinese-Australians about how they feel being fingered by Turnbull, as a result of comments made, and we create an unnecessary feeling of anxiety,” Rudd said. 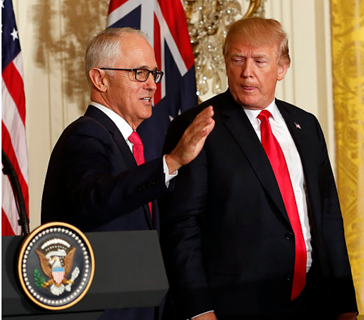 US President Donald Trump held a news conference with Prime Minister Malcolm Turnbull of Australia in the East Room at the White House in Washington, DC on February 23, 2018. Photo: VCG

In an ABC News interview first broadcast on February 11, Rudd lashed out at Turnbull for going wherever "the political winds blow in" and following Washington at a time when the US-China relationship is ‘in a deeply fragile state.’”