HEADLINE Austin package bombs might be linked to other deadly attack

Austin package bombs might be linked to other deadly attack 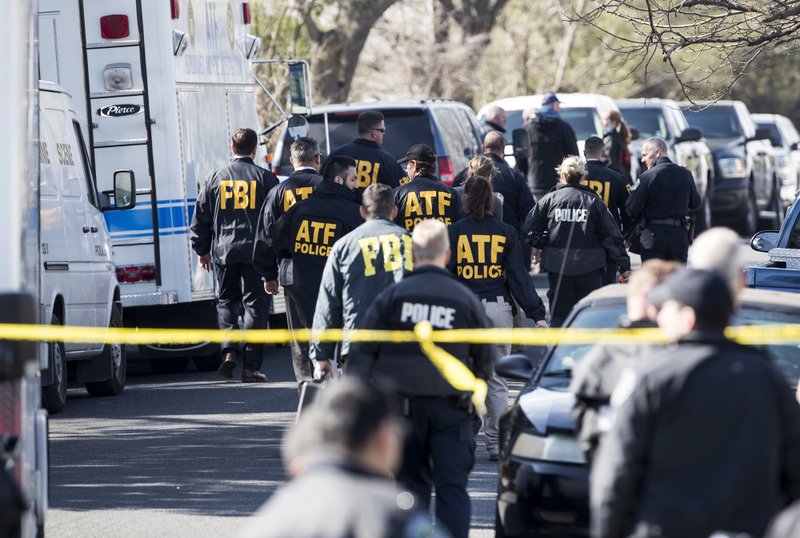 Two package bomb blasts a few miles apart killed a teenager and wounded two women in Austin on Monday, less than two weeks after a similar attack left a man dead in another part of the city.

Investigators said the bombings are probably connected, and they are looking into whether race was a factor because all of the victims were minorities.

The attacks unfolded just as the Texas capital was swelling with visitors to the South By Southwest music festival.

The first of Monday’s attacks killed a 17-year-old boy and wounded a 40-year-old woman, both of them black. As Police Chief Brian Manley held a news conference to discuss that blast, authorities were called to the scene of another explosion that injured a 75-year-old Hispanic woman. She was taken to a hospital with potentially life-threatening wounds.

Authorities suspect that both of Monday’s blasts were linked to a March 2 attack that killed a 39-year-old black man, and they urged the public to call police if they receive any unexpected packages.

The police chief first suggested that the blasts could constitute a hate crime after Monday’s first bombing. Following the second explosion hours later, he said authorities had not settled on a motive and could not rule anything out.

The explosions happened far from the main events of the huge festival, which brings about 400,000 visitors to Austin each year.

In a tweet, organizers said, “SXSW is heartbroken by the explosions in Austin,” and they urged visitors to stay safe and alert police if they see any suspicious activity.

Four years ago, a driver plowed through a barricade and into festival-goers, killing four people and injuring many others. Additional security measures were taken in the aftermath, including additional policing, tougher security checks and brighter street lighting, among others.

The three explosions occurred in different parts of east Austin. Monday’s first explosion happened at a home in a neighborhood known as Springdale Hills and about 12 miles (20 kilometers) from the home where the March 2 package bomb killed 39-year-old Anthony Stephan House. His death was initially investigated as suspicious but is now viewed as a homicide.

Monday’s second explosion happened in the Montopolis neighborhood, near the airport and about 5 miles south of the day’s first blast. 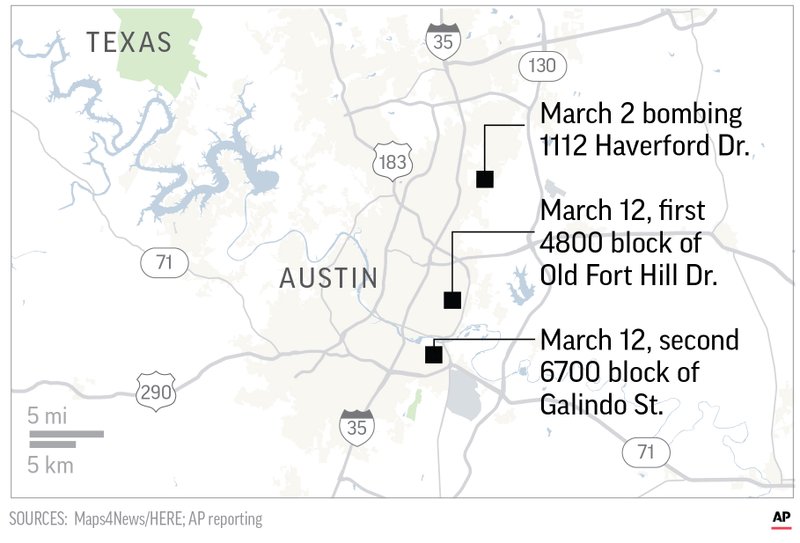 In both the March 2 attack and Monday’s first explosion, the packages were left overnight on the victims’ doorsteps and were not mailed or sent by a delivery service, Manley said.

Neither the Postal Service nor private carriers such as UPS or FedEx have any record of delivering the package to the home where Monday’s explosion occurred.

“There are similarities that we cannot rule out that these two items are, in fact, related,” Manley said.

Investigators said it was possible that the victims were targeted because of their race.

“We don’t know what the motive behind these may be,” Manley said. “We do know that both of the homes that were the recipients of these packages belong to African-Americans, so we cannot rule out that hate crime is at the core of this.”

Special Agent Michelle Lee, a San Antonio-based spokesman for the FBI, said the agency responded to both events and was assisting Austin police, who were leading the local investigation. She said the Bureau of Alcohol, Tobacco, Firearms and Explosives was leading the federal investigation.

A second package was discovered near the site of the initial Monday explosion and that some residents and media members were evacuated or pushed farther from the blast site as authorities determined whether it was a bomb, Manley said.

None of the latest victims’ names were immediately released.