Australia's oldest scientist on way to Switzerland to end his life 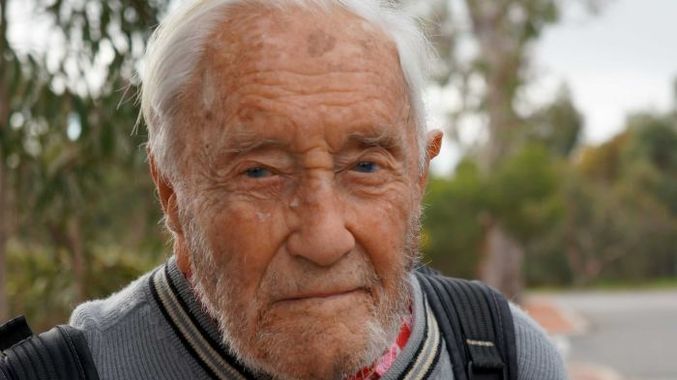 Australia's oldest scientist, 104-year-old ecologist David Goodall is headed for Switzerland to end his life as he has suffered a deteriorating quality of life and his country does not support voluntary euthanasia, local media reported on Thursday.

Goodall left Perth, Western Australia, on Wednesday after bidding farewell in a wheelchair to family members at the state capital's airport, the 9News channel reported.

"I should be glad when I get on the plane - so far, so good," Goodall was quoted as saying.

"I have some of my family here - there are three grandsons here, I believe and my daughter Karen ... It's very good that they shall be here to see me off."

"In Switzerland, I will also see one or two other members of my family, and so that will also be a goodbye."

The Edith Cowan University honorary research associate has been supporting voluntary euthanasia for many years and said "I'm sorry that I have to travel to Switzerland in order to execute it. I would prefer to be able to do it in this country."

"This country is my home and I'm sorry to have to go a long way in order to end my life."

Goodall also said he has "lived quite a good life" but experienced struggles in the past year that motivated his trip to Switzerland.

"The last year has been less satisfactory for me because I couldn't do things. I couldn't travel, I couldn't even use public transport."

Goodall is scheduled to travel to Bordeaux in France first to say goodbye to other relatives before going to the Swiss city of Basel, where a clinic has approved his euthanasia application.

Philip Nitschke, the founder of voluntary euthanasia advocacy group Exit International, which is assisting Goodall in his journey, was quoted as saying that the centenarian "simply wants the right to have a peaceful death."

"That's the reality in Australia. He's a well 104-year-old and there is no way he can get any assistance or access to any of the drugs legally to be able to end his life," the news channel quoted Nitschke as saying.

"That is not the case in Switzerland, where he will be able to lawfully obtain the best end-of-life drugs and have the death at the time of his choosing in a peaceful and reliable way."

"I feel for him and his circumstance and I wish him all the best in his last journey."