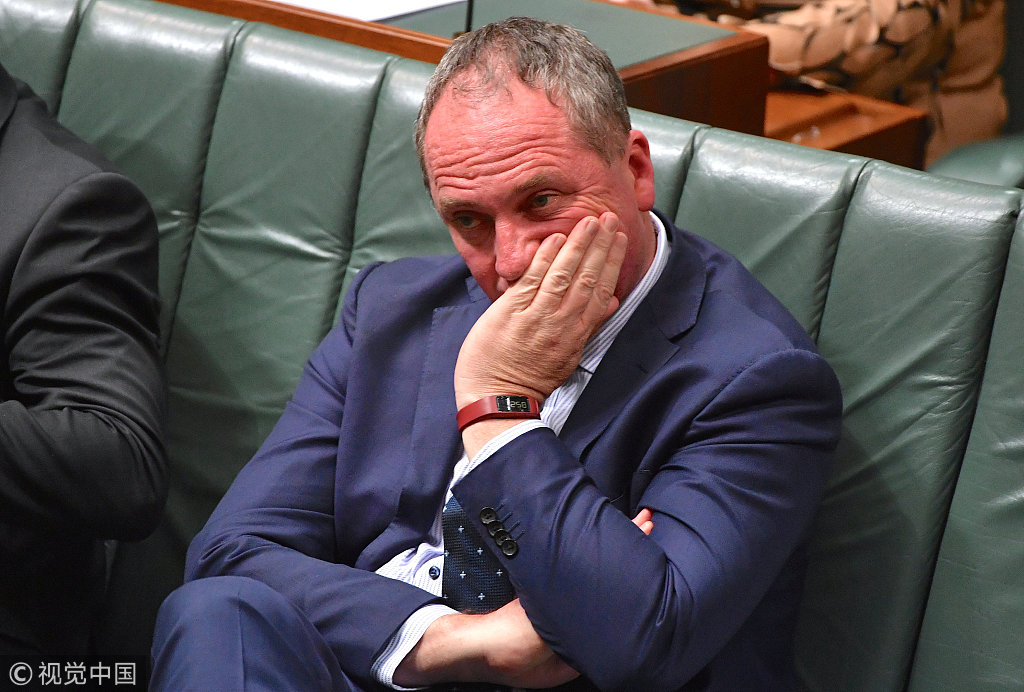 Australian Deputy Prime Minister Barnaby Joyce said on Friday he will resign as leader of his party and will move to the backbench after weeks of pressure over an extra-marital affair with his former media secretary.

Joyce said he will step down on Monday as leader of the National party, the junior partner in Prime Minister Malcolm Turnbull’s centre-right coalition. He will remain in parliament, safeguarding Turnbull’s shaky one-seat majority.

Joyce has been married for 24 years and has campaigned on "family values".