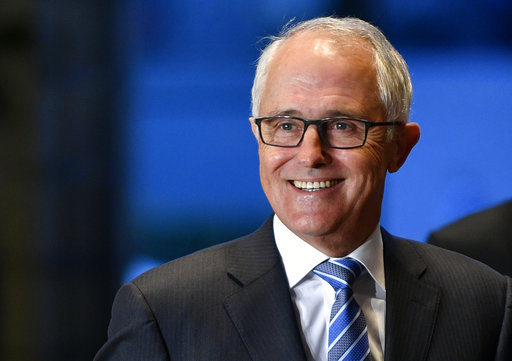 The Australian government of Malcolm Turnbull is to tighten rules on foreign investment in electricity infrastructure and agricultural land. (File Photo: AP)

Australia's Treasurer Scott Morrison announced tighter controls on foreign investment in electricity grids and farmland on Thursday, two years after Chinese buyers were blocked from high-profile corporate takeovers in both sectors. The move is widely seen as an attempt to limit Chinese investment in Australia,.

“All future applications for the sale of electricity transmission and distribution assets, and some generation assets, will attract ownership restrictions or conditions for foreign buyers,” Mr. Morrison said.

Australian farmers will be given priority for buying prime agricultural land that is worth more than $15 million to ensure their participation in sales for at least the first 30 days. The new 30-day advertising clause will become part of the guidelines for the Foreign Investment Review Board (FIRB) for assessing the sale of farmland, local media reported.

In 2016, Australia blocked the sale of the sprawling S. Kidman & Co. Ltd. cattle empire and a Sydney electricity grid to Chinese bidders due to national security concerns. .

Federal Labor agriculture spokesman Joel Fitzgibbon denounced the new rule describing it as an attempt by the Government to please voters.

"This is just a political stunt that sends all the wrong messages to investors, a farmer selling his or her land will always seek the highest bidder. Therefore, they will advertise or seek interest both domestically and overseas. This makes no change whatsoever. Anything that makes it more difficult for investors is a bad thing for Australian agriculture", Fitzgibbon said.