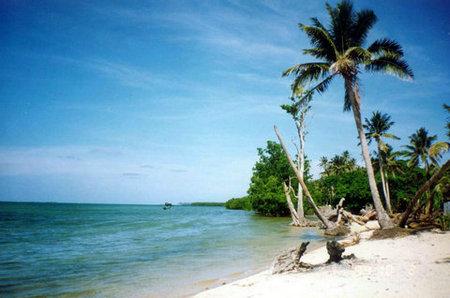 Canberra (People’s Daily) – A 31 million Australian dollar ($24.9 million) road project in Vanuatu, delivered by the Australian government, is being considered as the most disastrously implemented project in the South Pacific.

The project is far behind schedule, with millions of Australian dollars over budget and of very poor quality, The Australian reported on Tuesday.

An assessment, undertaken by the Australian National Audit Office in June 2015, found that the aid project had not followed the "standard process" and planning had "not been efficient."

The aid project was to provide an upgrade to all major roads of Port Vila, Vanuatu’s harbor side capital, which has a population of 44,000, including resurfacing 21km of roads and installing 33km of drainage.

But now, it has been slashed in half — the project now aims to deliver just 13km of roads and 12.5km of drainage due to cost blowouts and inefficiencies.

RMS Engineering & Construction, the main contractor based in Queensland, has not responded to People’s Daily on why the project was behind schedule as of press time.

The revelations are potentially embarrassing for Australian International Development Minister

Concetta Fierravanti-Wells, who accused the Chinese government this month of building “roads to nowhere” and of delivering “white elephants” in the region, according to the report.

One component of the project that is being delivered to a high standard is the redevelopment of the 300m George Kalsakau Drive on the Port Vila foreshore.

Ironically, in light of Senator Fierravanti-Wells’ remarks, this part is being built by a Chinese company, after it was appointed by RMS as a subcontractor.

Dan McGarry, media director of the Vanuatu Daily Post, said that the project was a “comedy of errors”, a “laughing stock” and had created serious safety hazards, according to the report.

McGarry told People’s Daily that in 2011, the Asian Development Bank successfully lobbied for a change in Vanuatu's legislation, such that new loans did not have to receive parliamentary approval.

It was sufficient for the minister to sign off on them. Shortly thereafter, a number of large-scale projects were announced, many of them funded by China EXIM Bank, others by the ADB and World Bank, and still others by individual countries.

“Local commentators have observed that China was willing to invest where others were not,” McGarry said.

It has been said by some that Australia's new willingness to invest in infrastructure is a response to China's move to fill this development gap.

Whatever the case may be, Vanuatu has benefited from the assistance of numerous development partners.

According to McGarry, statements like those made by Senator Fierravanti-Wells are unfortunate.

“When our development partners talk over our heads at each other, it makes us feel as if Pacific island nations have no agency. We're not children,” said McGarry.