Authorities give few clues to why Army vet gunned down women 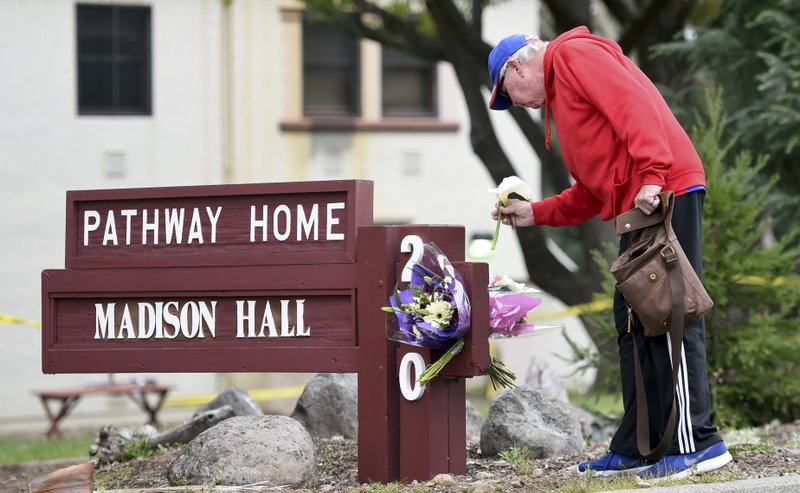 The man who killed three women after a daylong siege at a Northern California veterans home had trouble adjusting to regular life after he returned from the Afghanistan war and had been kicked out of the treatment program designed to help him.

As family and friends of the victims tried to make sense of the tragedy, authorities offered little information Saturday about why Albert Wong, 36, attacked The Pathway Home and whether he targeted his victims. Those who knew the women said they had dedicated their lives to helping those suffering like Wong, and they would’ve been in a good position to assist him had Friday’s hostage situation ended differently.

“We lost three beautiful people yesterday,” Yountville Mayor John Dubar said. “We also lost one of our heroes who clearly had demons that resulted in the terrible tragedy that we all experienced here.”

Authorities said Wong, a former Army rifleman who served a year in Afghanistan in 2011-2012 and returned highly decorated, went to the campus about 53 miles (85 kilometers) north of San Francisco on Friday morning, slipping into a going-away party for some employees of The Pathway Home. He let some people leave, but kept the three. 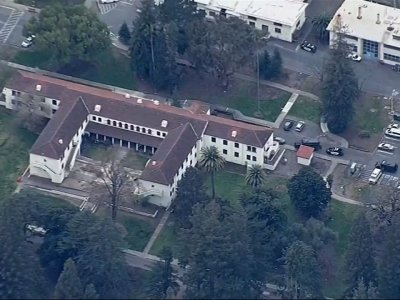 Police said a Napa Valley sheriff’s deputy exchanged gunshots with Wong around 10:30 a.m. but after that nothing was heard from him. Hours later, authorities found four bodies, including Wong’s.

“These brave women were accomplished professionals who dedicated their careers to serving our nation’s veterans, working closely with those in the greatest need of attention after deployments in Iraq and Afghanistan,” The Pathway Home said in a statement.

Dunbar, a member of The Pathway Home’s board of directors, said the program has served over 450 veterans in more than a decade. Six members are currently in the nonprofit men’s residential recovery program for veterans of the Iraq and Afghanistan wars who suffer from PTSD or traumatic brain injuries, he said.

The program is housed at the Veterans Home of California-Yountville in the Napa Valley wine country region. The largest veterans home in the nation cares for about 1,000 elderly and disabled vets.

Golick’s father-in-law, Mike Golick, said in an interview she had recently expelled Wong from the program. After Wong entered the building, Golick called her husband to say she had been taken hostage by the former soldier, her father-in-law said.

He didn’t hear from his wife again.

Marjorie Morrison, the founder of a nonprofit organization known as PsychArmor, recalled Gonzales as a “brilliant” talent who did amazing work with veterans with PTSD, and also focused on helping college campuses successfully reintegrate veterans when they return to school.

Gonzales, a mother-to-be, had planned to travel to Washington, D.C. this weekend to celebrate her wedding anniversary, family friend Vasiti Ritova said.

Loeber, who had taken over The Pathway Home 18 months ago, was known by all as dedicated and caring.

“She would sleep in her office more often than not because she had to be there to fill a shift, that’s the kind of personal dedication she showed all of us,” Dunbar said.

Family friend Tom Turner said Loeber would be helping others understand and deal with the tragedy if she were still alive.

“She’d have a better perspective than I would,” he said. “And she wouldn’t be as angry I am.”

Dunbar said all three of the women were excellent at what they did, and will be sorely missed. He added that veterans of the wars in Iraq and Afghanistan come home with “a lot of need for special care.”

Dunbar did not answer questions about why Wong was removed from the program. There was no answer at the small, neatly kept Napa ranch house listed on property records as Wong’s most recent address. A neighbor told a reporter he hadn’t lived there for a couple years, but declined to say more.

President Donald Trump tweeted Saturday morning: “We are deeply saddened by the tragic situation in Yountville and mourn the loss of three incredible women who cared for our Veterans.”

California Secretary of Veterans Affairs Vito Imbasciani said some veterans and employees at the home were traumatized and Gov. Jerry Brown had offered the state’s employee assistance program, which had already sent counselors to the campus.

When asked whether armed CalVet guards might have stopped Wong, he said that such questions were akin to politicizing the tragedy, though a union representing guards at veterans homes had raised the issue Friday. But Imbasciani said he would take input from every reliable source, including law enforcement.

At the veterans home, those who served in earlier wars passed the building that houses The Pathway Home, which was surrounded by crime tape.

Muriel Zimmer, an 84-year-old Air Force veteran of the Korean War, said she feels badly for Wong, saying she “cannot blame him. It’s because of the war.”

“That PTSD program has helped so many, and we are so afraid this is going to affect it,” she said.