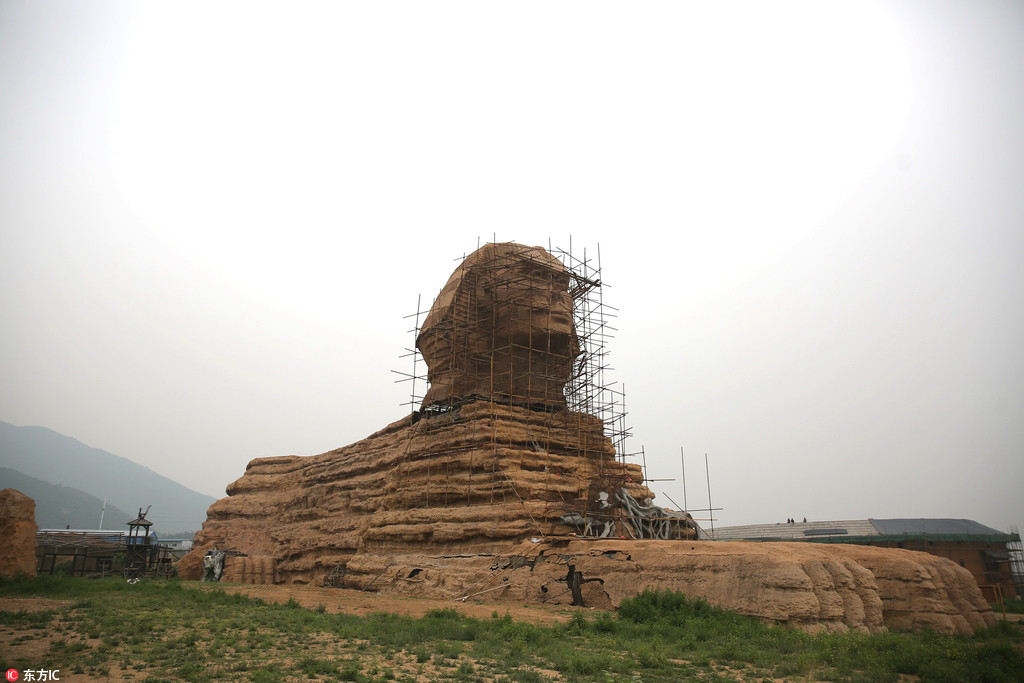 A full-scale replica of the Great Sphinx that was dismantled under government orders two years ago has been reassembled on the same site in Shijiazhuang, capital city of north China’s Hebei Province.

When the copycat Sphinx was first erected in 2014, Egypt's Ministry of Antiquities filed a complaint with UNESCO. 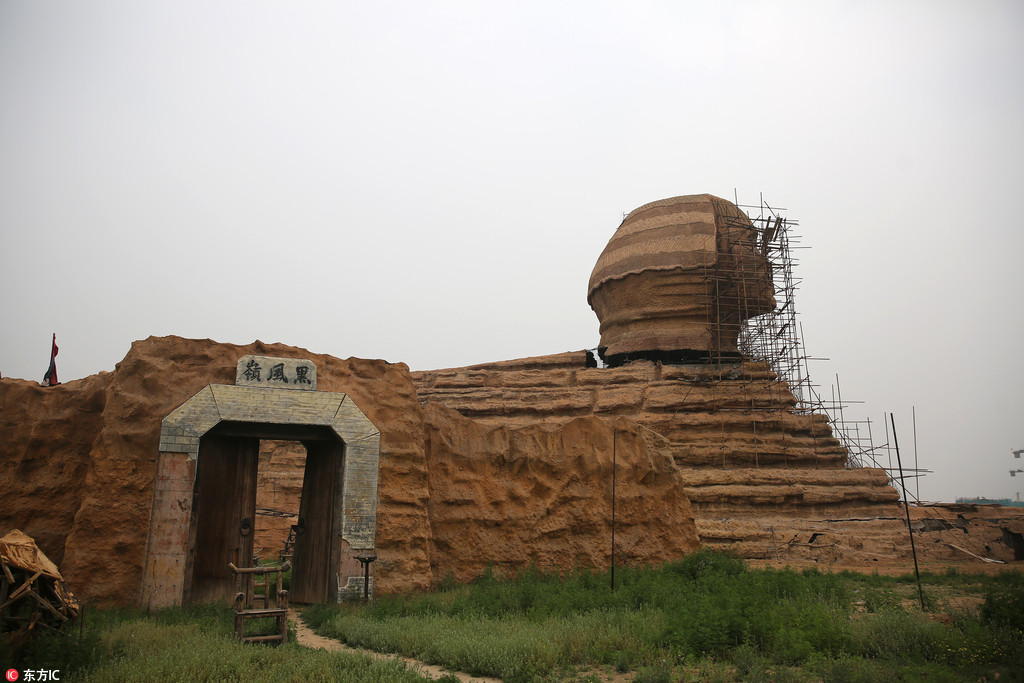 Egypt’s antiquities chief said that the details of the imitation Sphinx are poorly rendered, which might mislead tourists about the grandeur of the authentic Sphinx in Egypt, and also lead to a decrease in revenue from tourism and location shooting for Egypt’s film industry.

As a result, in 2016 the head of the replica was dismantled. 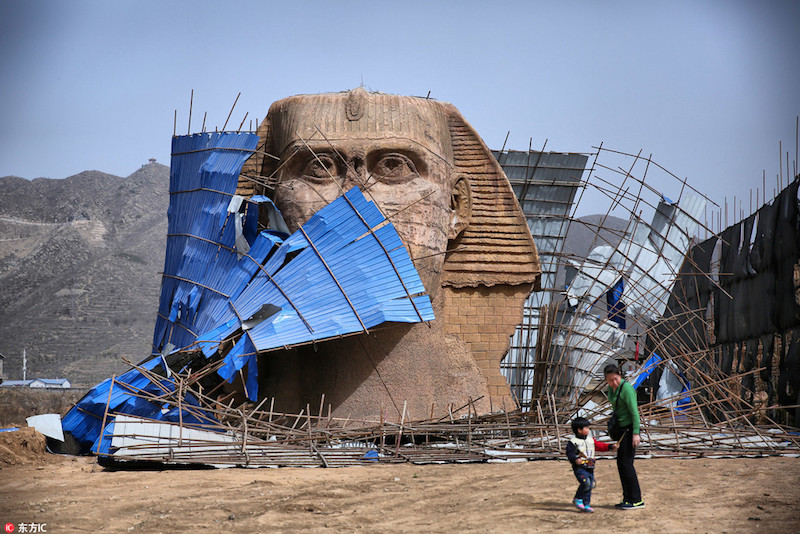 Photo taken on April 1, 2016 showing the dismantling of the replica Great Sphinx in Shijiazhuang, China.

Unlike the original, the interior of the Chinese Sphinx contained a sumptuously decorated two-story palace.

Within the palace is a Chinese-style dragon throne with mythical creature statues on either side. Outside is a display of all the movies and TV series shot on the site. 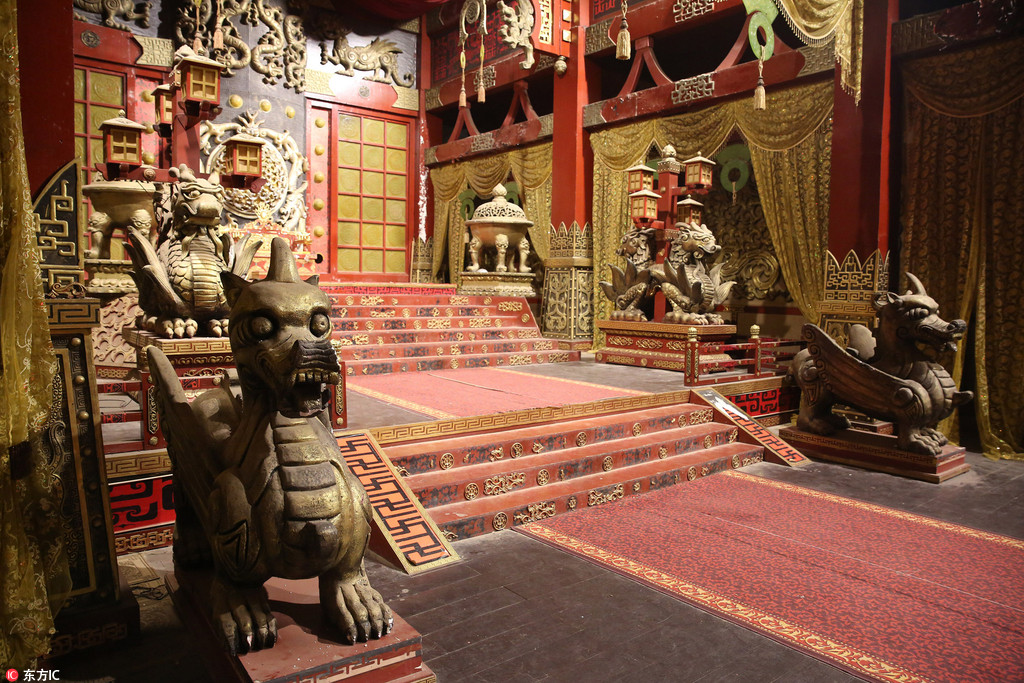 Interior of the Chinese's copycat Sphinx 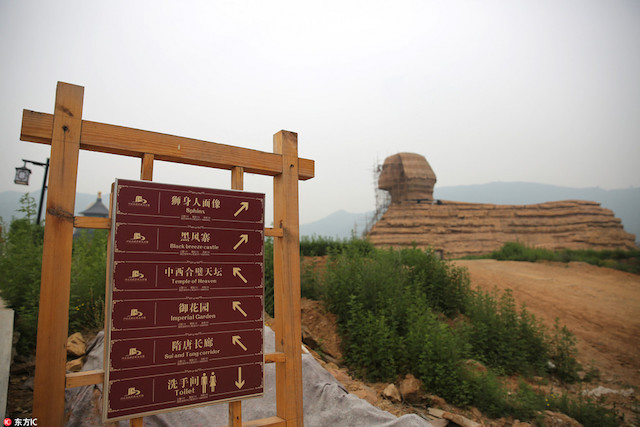 It is unclear whether the owners of the Sphinx received permission to reassemble it, and if they did not, how they expected to go unnoticed.