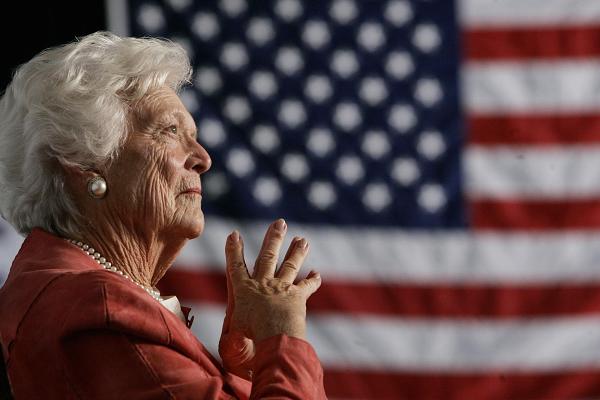 Los Angeles (People's Daily) - Former first lady Barbara Bush, who was the wife of one President and the mother of another, has died at the age of 92, according to the office of her husband.

She had been in failing health in recent years, suffering from congestive heart failure and chronic obstructive pulmonary disease. After a series of hospitalizations, including one in early 2017 when she and her husband were both patients at Houston Methodist Hospital, she decided in April 2018 to not seek further medical treatment.

She was a known advocate for literacy and founded the Barbara Bush Foundation for Family Literacy in 1989.