Barrage of missiles on Saudi Arabia ramps up Yemen war 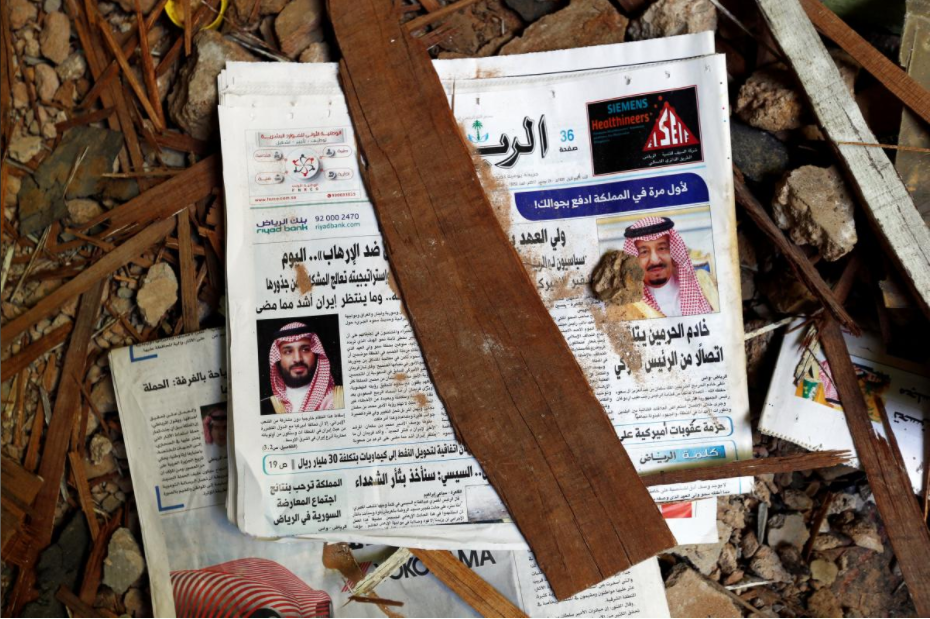 The Houthi movement that controls northern Yemen vowed on Monday to fire more missiles into Saudi Arabia unless it stops bombing the country, after missiles crashed into Riyadh overnight causing casualties in the Saudi capital for the first time.

The incident threatens to sharply escalate a war that has already unleashed what the United Nations considers the world’s most urgent humanitarian crisis. Millions of people live under threat of mass starvation and disease, at the mercy of combatants who have shut food and medical supplies in the past.

Saudi forces said they shot down three missiles over Riyadh shortly before midnight. Debris fell on a home in the capital, killing an Egyptian resident and wounding two other Egyptians.

A top Houthi leader hailed the attack, which took place on the eve of the third anniversary of the entry into the Yemen war by Saudi Arabia and its Arab allies.

“We praise the successful advance of military capabilities,” Houthi political council chief Saleh al-Samad told a crowd of tens of thousands of supporters in the Yemeni capital Sanaa.

“If they want peace, as we have said to them before, s

The war pits a coalition of Sunni Arab states friendly to the West against a Shi’ite armed movement sympathetic to Iran. The Houthis control the north of Yemen, including the capital Sanaa. Saudi Arabia and its allies have been fighting on behalf of an exiled government with a foothold in the south.

Khattab Gamal, a 27-year-old Egyptian electrician who lived in the Riyadh house hit by the debris, told Reuters he and his 15 housemates were awoken by loud explosions.

“We knew something fell on the room where Abdulmuttalib was asleep. There were three others in the same room with him. All were asleep at the time of explosion. They all rushed and ran out and then we realized he was missing.

“We kept looking for him and realized he was still inside, we went back and tried to enter the room and save him but we couldn’t,” Gamal said by telephone. “There was a lot of dust and the smell was suffocating.... A few minutes later the civil defense came and got him out but he was already dead.” 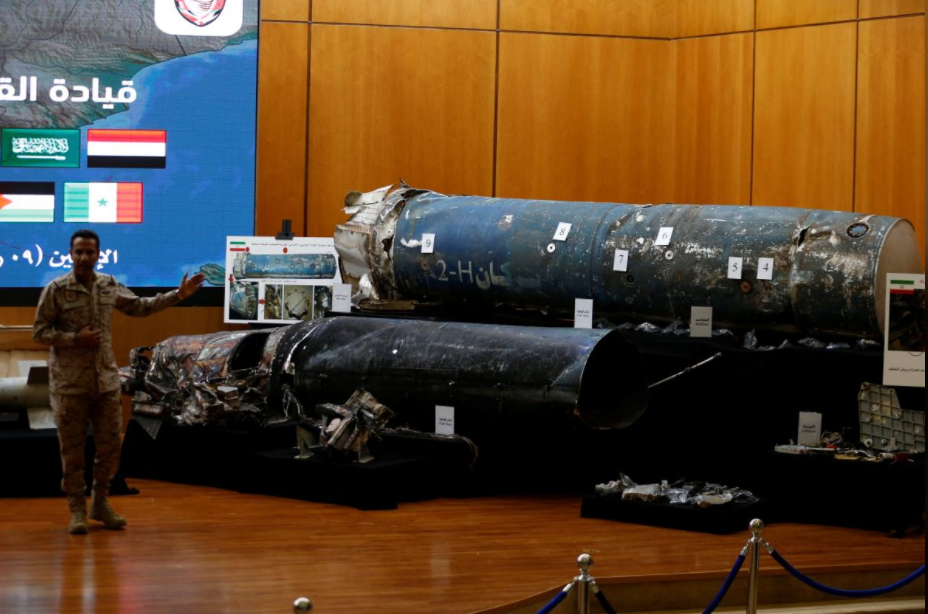 The Saudi-led coalition has launched thousands of air strikes on Yemen in the past three years, some of which have hit hospitals, schools and markets, killing hundreds of civilians while bringing Riyadh little closer to military victory.

The kingdom has said hundreds of its own soldiers and civilians have been killed in Houthi mortar and short-range missile attacks across their rugged southern border.

The United Nations says 10,000 people have died so far in the war in the region’s poorest country, and three out of four Yemenis - 22 million civilians - need relief aid. The conflict has caused the worst cholera outbreak in modern history, with more than 1 million reported cases.

Last year, when the Houthis fired missiles at Riyadh which were intercepted without doing damage, the Arab coalition responded by shutting Yemen’s airports and ports, a blockade that the United Nations said raised the prospect of mass starvation before it was partially lifted.

Western countries have urged Saudi Arabia and its Gulf Arab allies to protect civilians and find a quick end to the war. But they also support Riyadh’s argument that it needs to defend itself from cross border strikes and limit the spread of Iranian influence in territory overlooking important trade routes.

“The transfer of missile capabilities to non-state actors that may be used against states is irresponsible and contrary to law,” French Foreign Minister Jean-Yves Le Drian said in a statement on Monday, appearing to refer to Iran.

“The message of the Houthi-Iranian missiles is clear,” said Minister of State for Foreign Affairs Anwar Gargash wrote on his official Twitter account. “There’s no coexisting with a terrorist militia which threatens the stability of our region and is a proxy of Tehran.”

The Saudi military depends on service contracts with Western arms companies to keep its planes flying. Saudi Crown Prince Mohammed bin Salman discussed the war with US President Donald Trump during a visit to the White House last week, and with British Prime Minister Theresa May in London the previous week.

Saudi Arabia viewed the 2014 takeover of Sanaa by the Houthis as part of a regional strategy by arch-foe Tehran to encircle it. Independent U.N. experts reported to the Security Council in January that Houthi missiles they had examined and other military equipment had been manufactured in Iran.

The Houthis deny they are Iranian pawns, and say their movement has spawned a national revolution against corruption.

Diplomats and Yemeni political officials reported this month that the Houthis and Saudi Arabia were conducting secret peace talks after years of U.N.-mediated dialogue yielded no results.