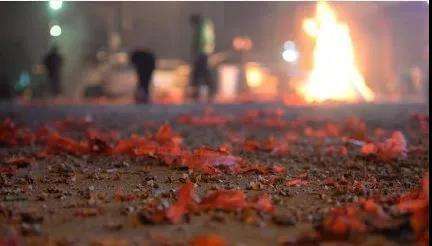 Beijing reported fewer injuries and fires caused by fireworks on the lunar New Year's Eve due to a strict ban of fireworks in central areas, local authorities said Friday.

The city reported 7 injuries and 12 fires caused by fireworks on Friday night, down 42 percent and 52 percent respectively.

About 820,000 people ensured the ban was fully implemented within the city's fifth ring road, according to the fireworks office of the municipal government. Beijing also used 32,000 policemen and helicopters.

For years, Beijing's skyline had burst into light with massive fireworks exploding across the capital to mark the onset of Spring Festival.

This year will be remembered for the eerie silence in the city as the municipal legislature banned all fireworks in the city center in December.

Beijing is one of more than 400 cities across China to ban fireworks due to concerns about pollution.