HEADLINE Bicentenary of Marx’s birth, his legacy and his last laugh

Bicentenary of Marx’s birth, his legacy and his last laugh 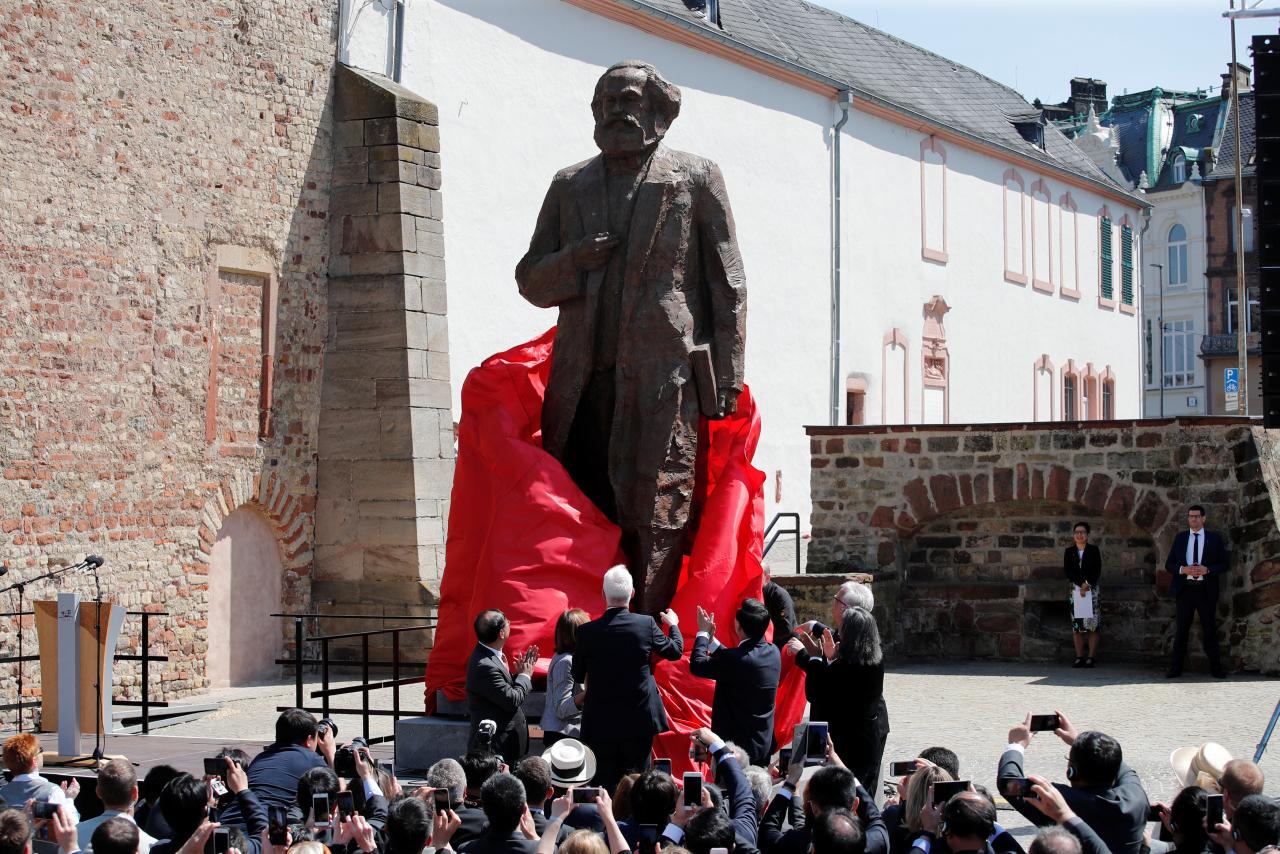 Editors Note:  The following article, written by Cyrus Bina, is in remembrance of Marl Marx and the influence his ideas have had on society.  Marx was a German philosopher who wrote extensively about economics, politics, and class struggles. It was from his name that the term “Marxism” was born. Marx was a vigorous champion of equality and railed the against the evils of Capitalism his whole life. Undoubtedly his most famous work, “The Communist Manifesto” (1848), co-authored by German philosopher Fredrich Engels, provided the foundation for Communist movements all over the world.

If one were to name individuals whose thought and action may have shaped our thinking about ourselves, our origin, our social interactions, our challenges, and about the world in which we live, the list will be long and far-reaching across many centuries. Pinpointing the influences and contributions, particularly from one generation to the next, one region to the next, and one civilization to its counterparts in a common period or across millennia and centuries are innumerable and immeasurable.

Yet, where it comes to the last couple of hundred years, it would not be very hard to name a few that shaped our existence, as we have known and experience it today. In other words, if we look at the scheme of things and without prejudice consider the bare bone our contemporary identity. Here, I submit that over the last two centuries three names standout with little dispute: Charles Darwin (1809-1882), Albert Einstein (1879-1955) and Karl Marx (1818-1883). Today the origin of species, the origin of cosmos and the origin of social relations form a triangle that interlaces the fabric of our imagination and our social existence. This universal ambience, i.e. the conflation of these three origins, allows us to decode, comprehend and appreciate the manifold contributions of Karl Marx beyond the tribal, national, racial, cultural, religious, and gender prejudices today. 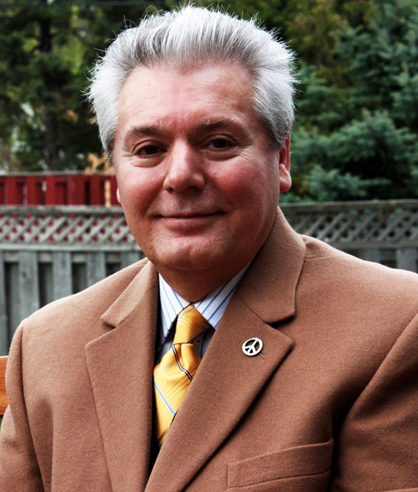 Author of the article Cyrus Bina

Marx’s grasp of capitalist competition and his distinction of capital from landed property can be found early on in The Poverty of Philosophy (1847), where Marx chides Pierre-Joseph Proudhon on two major issues. First is on capitalist competition by which the process of concentration and centralization manifest itself and the accumulation of capital leads to class polarization. Here Marx capitalizes on a synthetic analysis in which competition and integration, just as space and time in Einstein’s theory are synthetically entwined; neither competition nor integration (i.e., concentration and centralization of capital) has separate standing. This view of competition is what Marx employed in his Capital (1867), some two decades later.

Marx’s subtle proviso (on Proudhon’s treatment of landed property, not unlike many in urban studies today) clearly distinguishes the category of land as capital from that of land as landed property, that is that the former is merely entitled to profit, not to rent. These two points are but essential to Marx’s theory of value. Yet, the preponderance of those who identify themselves as Marxists today are either shying away from serious discussions on Marx’s theory of value, or relegating it either as a 19th-century relic and hopscotching on skepticism and contempt on the workings of theory of value concerning globalization and the tendency to the unity of history and geography on a global scale.

These same Marxists also habitually refer to the present epoch as neoliberalism thus generating a twofold error: (I) identifying the United States (and the epoch of Pax Americana, 1945-79) with neoliberalism – a euphemistic label for globalization – and in consequence (II) papering over the loss of American hegemony and irreversible shift in the balance of global power. In other words, these radical scholars (along their liberal counterparts in the apologist circles), perhaps inadvertently, lionize the leaders of the now defunct era and misrepresent the nature of international relations of today. On this account too, in my opinion, Marx’s legacy should be crystal clear by now.

Speaking of the US, nostalgia and defeat are a potent combination that is brimming over from foreign affairs to domestic affairs now. Notwithstanding the interventions that led to defeat in Afghanistan, Iraq, Libya, Syria, and potentially Yemen, to name a few, the US situation is iffy at best. The middle (i.e., the buffer of the middle class) does no longer hold. The massive redistribution of wealth via the “tax reform” earlier by the Bush-Cheney and presently by the Trump administrations is pouring gasoline on the volatile class war that had gutted the country since the “plants closing” of the 1980s. The latter was a play of class, competition, massive unemployment, and the “internationalism” of capital as Marx would have observed. And today’s temper-tantrum by the Trump administration is not more than belated reaction to the bygone era of US economic might and hegemony. The belated nationalism of today not more than sour grapes. Here Marx could not have agreed more; indeed his theory of value is remarkably clear on this and on polarization and globalization of capital in the 21st century.

Marx teaches us about the origins of modern capitalism (a transitory system) the façade of which is observable by operation of markets in near unanimity across the world. He alerted us to the fact that how the façade of market is drenched in a fetish-making factory beneath the social relations of capitalism that literally has led to the biggest show on earth, producing live rabbits from one’s hat on television business reports in front of unsuspecting households, night after night. The multifaceted trajectories of class relation and class struggle, value formation, value destruction and crisis, and especially power and power relation in economy and polity carry Marx with much glory to the 21st century.

I wish that I could say the same thing about many of the self-styled Marxists, neo-Marxists or proto-Marxists who snatched the mantle of the master in a hurry but parted with his value theory, an indispensable core of what is Marx. They neglected the intricacies of capital as a social relation and the fact that value theory is a theory of class and class struggle; some carelessly retracted from Marx’s value theory by inventing the phrase “monopoly capitalism,” having no little clue as to the concept of Marx’s synthesis and synthetic competition – vital for capital accumulation. Others invented two logics: of “territory” and of “history” for capitalism, thus a pointless dichotomy on the significance of globalization based on Marx’s theory of value. Still others resurrected the mummified theory of dependency and cast it into the new mold of “global south/global north,” before offering it as a theory of globalization. Marx (and Marx’s method) though would have had no stomach for such an “innovative” alteration or eclectic irony, especially from devoted friends. This year is the bicentenary of Karl Heinrich Marx’s birth who was born on May 5, 1818 in Tier, Germany. The gate is open. The glimmer of hope is in the air. The heavens point to a singularity. The 200 candles are burning intensely against gentle wind in Highgate Cemetery (North London), while birds of spring are singing in unison: “Workers of the World Unite …”

The author is Distinguishes Research Professor of Economics at the University of Minnesota (Morris Campus), US, while he is also Fellow of Economists for Peace and Security. His latest book is A Prelude to Foundation of Political Economy: Oil, War, and Global Polity (2013).