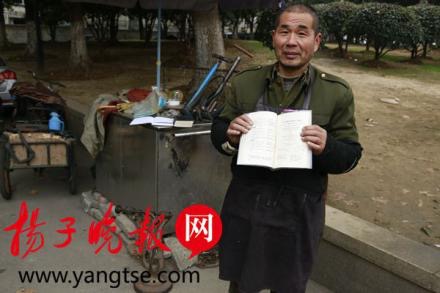 A 61-year-old bicycle repairman from Suzhou, East China's Jiangsu Province attracts public attention for relentlessly learning English for the past 12 years. Qiu Guo'an drowned himself in memorizing words and practicing English while his peers smoked and drank. Fortunately, Qiu’s efforts paid off, and has become an “English talent” who serves as a volunteer tour guide for foreigners.

Qiu admitted that at first, he learned English to volunteer for the Beijing 2008 Olympic Games, but he has since unleashed a wave of English learning.

Back in 2008, a foreign teacher named Steven from California, the US stumbled across Qiu’s repair stall, finding out that he was preoccupied with learning English by himself. After simple communication, they clicked immediately and soon came to an agreement that from 2 pm to 3 pm every Sunday, Steven would bring his own handouts to give a class to Qiu. Over time, a self-organized“English corner”made its debut near Qiu’s stall with up to some 20 persons gathered together. 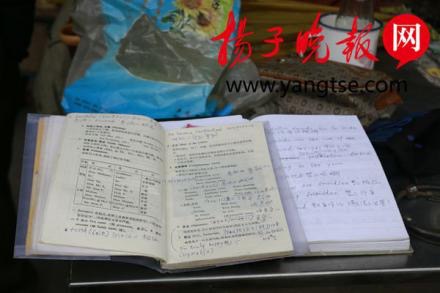 Qiu noted that learning English is a great way to kill time. “Idling about is not a solution where there is no business. I need to keep myself busy,”said Qiu, adding that“English learning remains a feasible approach to avoid Alzheimer's disease.” Meanwhile, his wife was inspired to speak to Qiu in English. “English brings us closer to each other and I learned how to please her in English, saying,‘I swear I will love you forever.’”

Since public bikes spread across Suzhou during the past two years, Qiu’s bike maintenance business has become obsolete. Nevertheless, when encountering foreign tourists, Qiu would greet them and show them the way if they are in need. 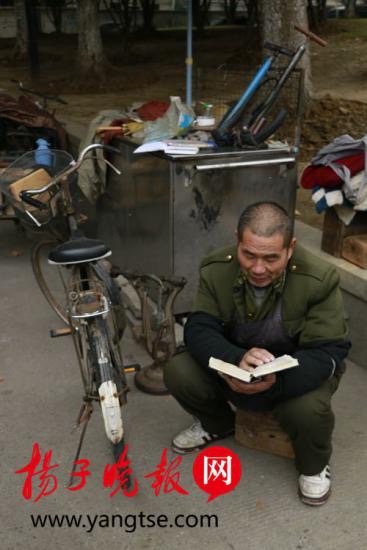