Three other unexploded bombs were also detected in the area.

Damage was left due to the series of explosions, a local police official told Xinhua. 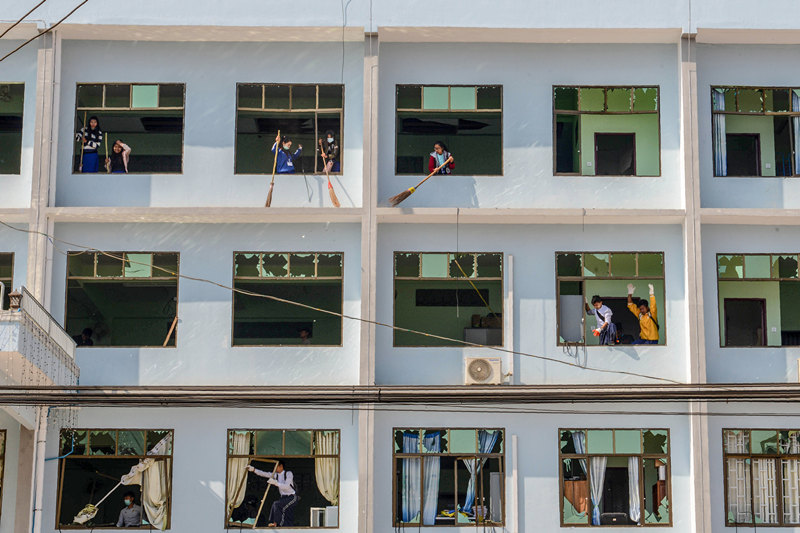 File photo taken on  on February 22, 2018 shows people cleaning a damaged bulding after a bombing in Lashio in Myanmar's Shan state. Two people were killed and 22 wounded when a bomb exploded on February 21 at a bank in northern Myanmar, officials said, amid continuing violence despite a fraught peace process. (Photo: AFP)