The booming trade between the world's two largest developing economies has brought great market potential for enterprises from both sides. Bilateral trade reached 84.4 billion U.S. dollars in 2017, up 20.3 percent year on year. 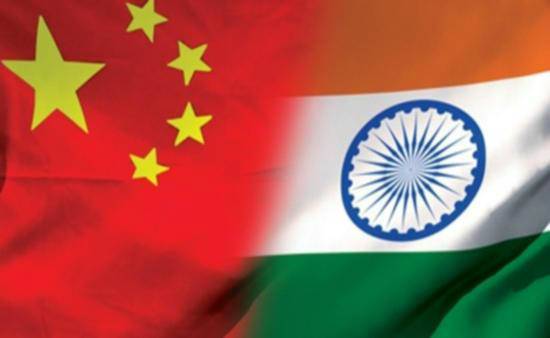 "India has huge demand for made-in-China daily necessities, while many Chinese companies hope to import Indian fruits, vegetables and seafood, especially those rarely seen in the Chinese market," said Puran L. Jeswani, an Indian businessman who has lived in China for 11 years.

Jeswani first came to China in 2007, trying to purchase clothing products. He was so impressed by the variety of Chinese products that he decided to set up a trading firm in Guangzhou next year.

With rising demand for market information by entrepreneurs from both countries, he established the consulting firm Indo Sino Business Bridge in 2015.

At the trade fair, many Indian buyers asked him how to find suitable goods and how to guarantee smooth logistics.

"They believe 'made in China' and 'made in India' have great room for cooperation," said Jeswani, who will take executives of a Chinese fashion products chain for a business trip to India next month.

"Though few orders come from China at present, the rising labor cost gap between the two countries will make it possible for made-in-India parts to be exported to China," Talwar said.

Due to its huge market and rapid economic growth, Chinese enterprises are also rushing to India to cash in on its lucrative market.

India has already become the most important overseas market for many Chinese companies, including Xiaomi, a Chinese smartphone maker.

Xiaomi entered the Indian market in 2014 and became a market leader in three years. Xiaomi led the Indian market with shipments close to 8.2 million units in the fourth quarter of 2017 while Samsung shipped just over 7.3 million smartphones to take second place, according to Canalys, a global tech industry analysis firm.

Chinese e-commerce giant Alibaba also sees India as a promising market. Alibaba and its affiliate Ant Financial hold a minority stake in its India peer Paytm after two rounds of investment in 2015.

"We hope to expand the scope of our business on the basis of mobile payment and contribute to financial inclusion and also the development of India's digital economy," Chen said.