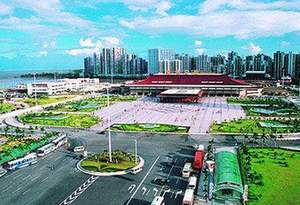 Border control authorities in South China's Guangdong Province will start taking fingerprints of foreigners at Gongbei Port in Zhuhai on Monday, in a bid to further safeguard national security.All foreign passport holders aged between 14 and 70 will have their fingerprints collected and stored at Gongbei Port, which sees the largest passenger volume in China, the China National Radio (CNR) learnt from the Zhuhai General Station of Exit and Entry Frontier Inspection on Saturday. Those holding diplomatic passports or those under reciprocal conditions are exempt, and those who refuse to have their fingerprints collected will be refused entry into China, the CNR reported. Collecting and storing biometric data including fingerprints is a significant step in tightening China's border control, cracking down on illegal immigrants and safeguarding Chinese citizens' rights and national security. A total of 1.60 million foreign travelers exited and entered China through Gongbei Port in 2017, the CNR reported. The Zhuhai frontier inspection station has already upgraded and tested its new system, installed fingerprint collecting equipment and put up signs to inform foreign travelers of the new practice. Gongbei Port is the latest place in China to start collecting fingerprints from foreigners, after the Ministry of Public Security(MPS) first tested the measure in Shenzhen Bao'an International Airport in Guangdong on February 10, 2017. According to the MPS, exit-entry departments across the country began collecting the fingerprints of foreign citizens aged between 14 and 70 in 2017, news site chinanews.com reported. Collecting and storing fingerprints of foreigners is already an international practice in many countries, the MPS said. Foreign passport holders exited and entered China 76.3 million times in 2016 alone. Also in 2016, about 14.2 million foreign travelers entered for tourism purposes, up by 72 percent from the previous year, according to the website of the newly established State Immigration Administration.  Border control authorities across China caught 2,705 people illegally exiting or entering China in 2016, the administration said.