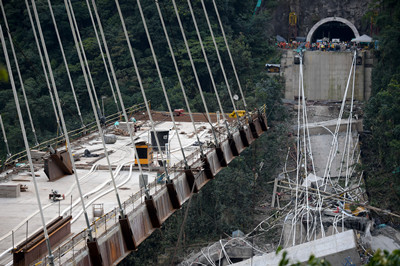 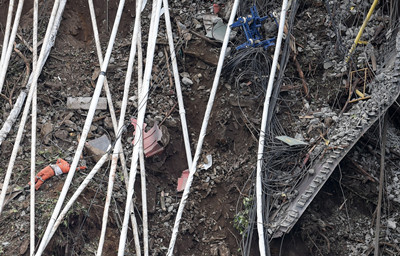 A body is seen after the cpllapse (Photo by AFP)

The bridge under contruction in Chirajara near Bogota, Colombia,collapsed on January 15. When the structure suddenly collapsed, there were about 35 or 40 workers at the site. Ten workers were killed and eight injured, according to the authorities.

The bridge was part of the main thoroughfare connecting Bogota to Villavicencio, a city southeast of the capital. It was estimated to be 446 meters long, according to the National Infrastructure Agency.

A search and rescue mission is underway to locate additional missing persons, the Colombian Civil Defense said in a statement. 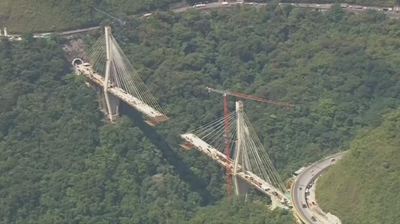