HEADLINE Britain to expel 23 Russian diplomats over spy poisoning: May

Britain to expel 23 Russian diplomats over spy poisoning: May 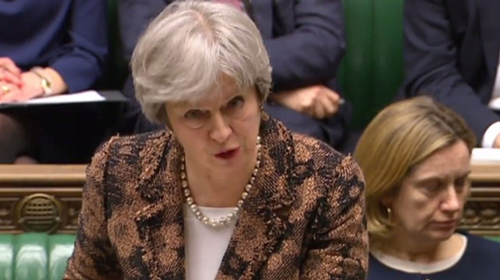 British Prime Minister Theresa May announced Wednesday the UK will expel 23 Russian diplomats as part of its measures in response to Salisbury poisoning.

The diplomats "have been identified as undeclared intelligence officers," May said, giving them one week to leave the UK in the "single biggest expulsion for over 30 years".

Russian Embassy in UK condemned the expulsion as "hostile action."

"We consider this hostile action as totally unacceptable, unjustified and shortsighted. All the responsibility for the deterioration of the Russia-UK relationship lies with the current political leadership of Britain," said the embassy in a statement. 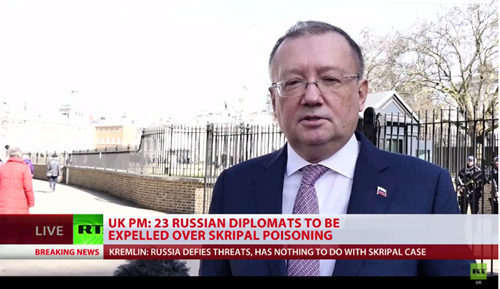 Screenshot of RT's live of the Russian Ambassador to the UK, Alexander Yakovenko.

"I've just had a meeting at the Foreign Office and I told them that everything the British government is doing at the moment is absolutely unacceptable and we're considering their steps as a provocation," the Russian Ambassador to the UK, Alexander Yakovenko told a Russian TV channel. 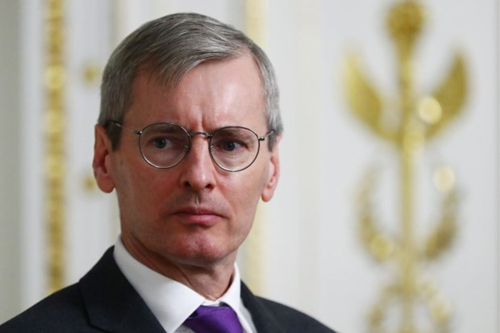 The UK's Ambassador to Russia Laurie Bristow has been summoned to Moscow. (Picture: PA)

British ambassador to Russia Laurie Bristow was summoned to the Russian Foreign Ministry together with the Deputy Foreign Minister Vladimir Titov on Tuesday. And Britain summons Russian ambassador to Foreign Office on Wednesday before May's announcement. 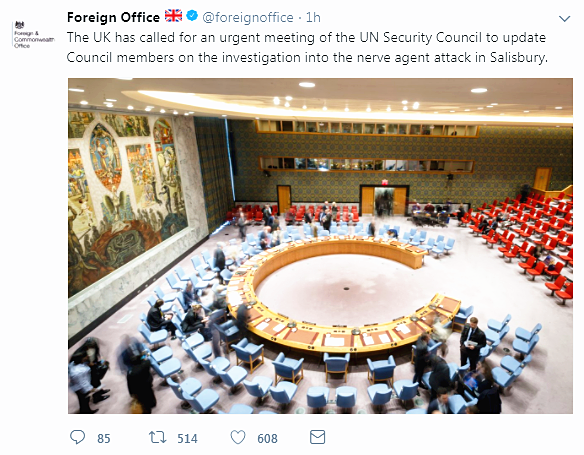 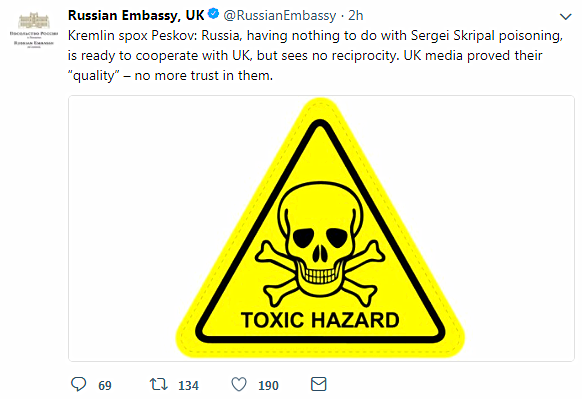 The Russian Foreign Minister Sergei Lavrov says on Wednesday the British govenrment had refused to provide Moscow access to materials related to the poison attack in Salisbury.

Russian Foreign Ministry Spokeswoman Maria Zakharova called the issue of nerve agent attack "a circus show in Britain's Parliament". "The conclusion is obvious - a next political media campaign based on provocation," Zakharova added.