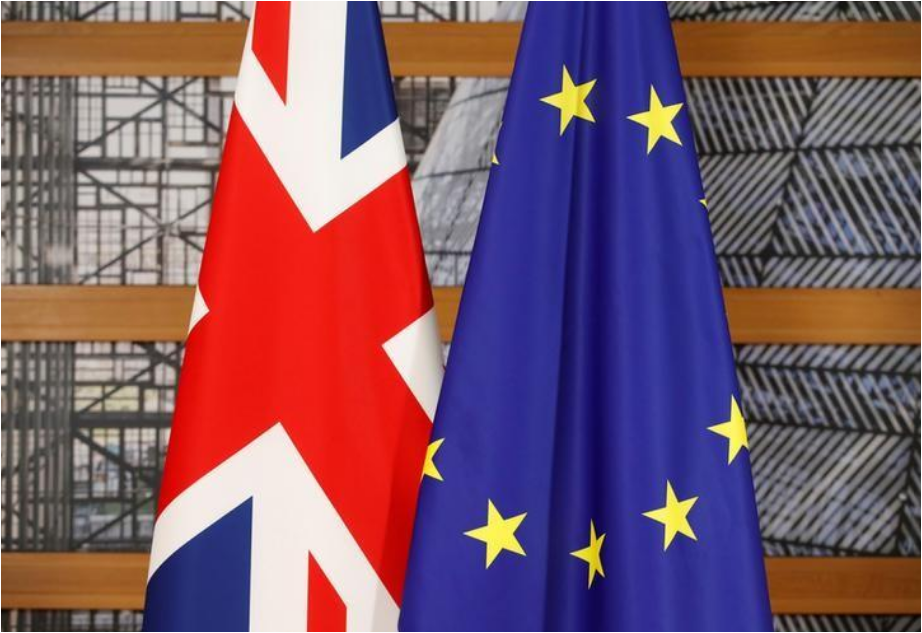 Britain’s government will narrow its position on a future customs arrangement with the European Union to one of the two options currently on the table in Brexit talks, a spokesman for Prime Minister Theresa May said on Thursday.

“There are two options which we put forward and those two options are currently on the table, but as we move forward you can expect us to move forward with a single option,” the spokesman told reporters. Asked when the decision will be made, he said: “It will be from when there has been a full discussion on it and the government has taken a decision.”

Top image: A Union Jack flag and a European Union flag are seen ahead of a bilateral meeting between Britain's Prime Minister and European Council President during the Eastern Partnership summit at the European Council Headquarters in Brussels, Belgium, November 24, 2017. (Photo: Reuters)