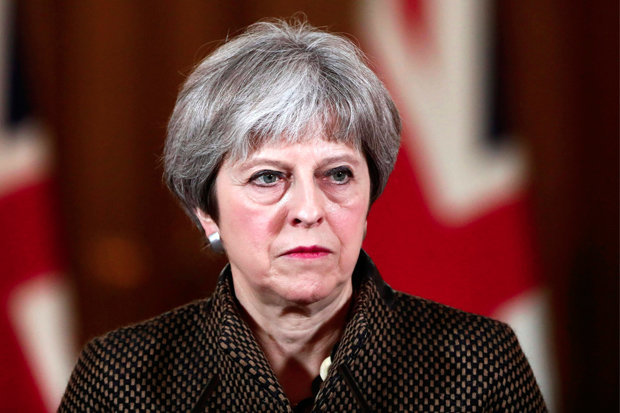 British Prime Minister Theresa May faced a backlash from the domestic opposition after launching military strikes on Syria without consulting parliament.

As the Conservative leader explained her rationale for the air strikes, opposition parties claimed the attacks were legally dubious, risked escalating conflict and should have been approved by lawmakers.

The shadow of the 2003 invasion of Iraq still lingers in the corridors of Britain's parliament, when MPs backed then-prime minister Tony Blair in joining US military action.

"Theresa May should have sought parliamentary approval, not trailed after Donald Trump."

Corbyn has written to May seeking assurance that there would be no further bombing raids and urged the government to negotiate a pause in the Syrian civil war.

The British, US and French bombings on Saturday followed an alleged chemical weapons attack on the rebel-held town of Douma on April 7.

May's government has insisted the punitive strikes were legal, releasing a statement that said they were aimed at alleviating the "extreme humanitarian suffering" of the Syrian people by reducing the chemical weapons capabilities of President Bashar al-Assad's regime.

"The UK is permitted under international law, on an exceptional basis, to take measures in order to alleviate overwhelming humanitarian suffering," the statement said.

It added that it believed the Syrian government had committed a "war crime and a crime against humanity" with chemical weapons use and that attempts to find a unified international approach through the United Nations had been blocked by Damascus-ally Moscow.

May will face questions from MPs on Monday, when parliament reconvenes after a break.

Stop the War, a pacifist coalition once chaired by Corbyn, has called a demonstration outside the British parliament on Monday to protest against the strikes.

The group said it "strongly condemned" the action and accused May of "sanctioning killing" at Trump's behest.