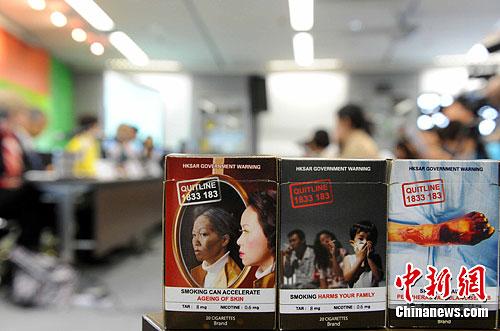 The survey, carried out by the Chinese Association on Tobacco Control, included responses from 5,230 interviewees from four Chinese cities including Beijing, Tianjin, Zhengzhou in Henan Province and Tangshan in Hebei Province.

According to the survey, 77 percent of interviewees believe that graphic warnings on cigarette packages will deliver more effective anti-smoking messages than words.

In addition, 69.3 percent of interviewees will not send cigarettes with health warning graphics as gifts to others and 65.5 percent will not welcome such gifts.

Making regulations at an early date requiring graphic warnings on cigarette packages will help smokers quit smoking and keep non-smokers, especially teenagers, away from tobacco, said Xu. The move will also reduce the burden of medical treatment and disease prevention in China.