HEADLINE Cairo to punish those who waste water washing cars

Cairo to punish those who waste water washing cars 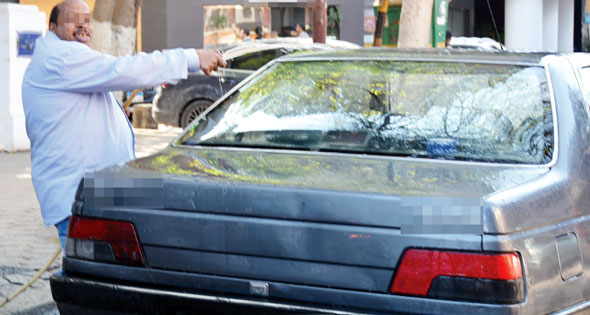 Cairo (People’s Daily) - The local government of Cairo on Wednesday launched an initiative to impose heavy fines and conditional imprisonment on residents who waste water, especially by using it to spray streets and wash cars.

Abu Fida Street in Zamalek, a traditionally affluent neighborhood, witnessed the first application of the rule.

A resident was fined 10,000 pounds by urban administration officials for using too much water while washing his car.

In a press statement, Cairo governor Atef Abdel Hamid Mostafa pointed out that unnecessary street spraying and car-washing would not only waste water, but also leads to the erosion of sidewalks.

Abdel Hamid said the chairman of the Water and Sanitation Company notified the Cairo governor six months ago about the fact that the daily amount of water wasted in Cairo alone stands at about 1 million cubic meters.

“The amount of waste is very large at a time when we need every drop of water,” Abdel Hamid added.

Abdel Hamid noted that Egypt has now reached the stage of “water scarcity”, which is worse than “water poverty”, the criteria for which is 800 cubic meters per capita per year.