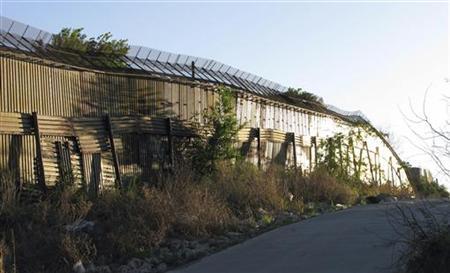 A view of the US-Mexico border fence in Nogales, Arizona is pictured in this photo taken April 28, 2010. (File Photo: Reuters)

US Governor of California, Jerry Brown, said Wednesday that the western state will send about 400 US National Guard troops to the border with Mexico to combat transnational crime, but not for enforcing immigration laws.

At the request of the Trump administration, "the California National Guard will accept federal funding to add approximately 400 Guard members statewide to supplement the staffing of its ongoing program to combat transnational crime," said Brown in a letter to Homeland Security Secretary Kirstjen Nielsen and Defense Secretary Jim Mattis.

The program is currently staffed by 250 personnel statewide, including 55 at the California border.

The Guard will support operations targeting transnational criminal gangs, human traffickers and illegal firearm and drug smugglers along the border, according to Brown.

But the governor also said "let's be crystal clear on the scope of this mission."

Trump said last week that he wants to send between 2,000 and 4,000 National Guard members to the southern border of the country.

The Republican governors of three southwestern border states of Arizona, New Mexico, and Texas have pledged to send 1,600 Guard members to the US-Mexico border.

As the only southwestern border state led by a Democratic governor, California is engaged in an all-out war over immigration enforcement with the Trump administration.

The state is suing Trump administration in a bid to stop construction of the border wall.