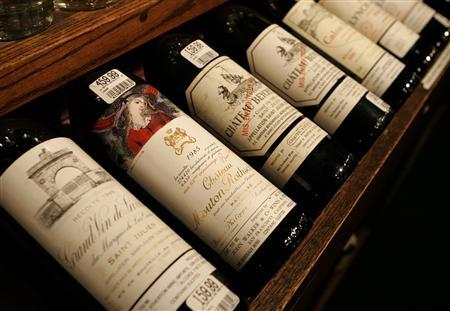 California's booming wine exports to China have met with a major hurdle as China imposed retaliatory tariff on US wine imports, which took effect on Monday.

Wente Vineyards, a winery in Livermore Valley in the San Francisco Bay Area in northern California, has recently suspended the shipment of 5,000 cases of wine destined for China.

Part of the reason is the importers in China would prefer to wait and see how the tariff implementation plays out, according to the winery, about an hour's ride from San Francisco.

The importers would also like to see how Chinese consumers perceive the US products and how it influences their immediate buying habits, said Michael Parr, vice president of international sales at Wente Family Estates, on Wednesday.

"We hope that diplomacy and negotiation efforts between USA and China will step up soon to avoid escalation of these unfair trade barriers," he said.

Compared with Wente, Klinker Brick Winery in Lodi city in California Central Valley was luckier. It had already shipped 1,000 cases of wine to Shenzhen in southern China last week. It's the first time that the winery has ever exported wine to China.

But the new tariff will pose a major challenge for Klinker Brick's journey into the Chinese market.

China started the retaliatory tariffs of between 15 percent and 25 percent on 2.75 billion US dollars worth of US imports, including wine, nuts and pork, in response to steep duties on aluminum and steel announced by US President Donald Trump's administration.

California farmers call the tariffs "a blow" to their business.

The Chinese market is developing rapidly and it has huge potential of imported wine consumers, said Pat Patrick, president and CEO of Lodi Chamber of Commerce. Lodi is a major wine production area in the US, with 100,000 acres of wine grapes and about 100 wineries.

China is expected to surpass the UK as the world's second largest wine market by 2020, driven by the growing middle class and the millennial generation, and China proves to be an exciting market as the California wine industry has seen a growing interest from Chinese consumers, said Patrick.