HEADLINE Calls for restraint after Israeli raids on 'Iranians' in Syria

Calls for restraint after Israeli raids on 'Iranians' in Syria 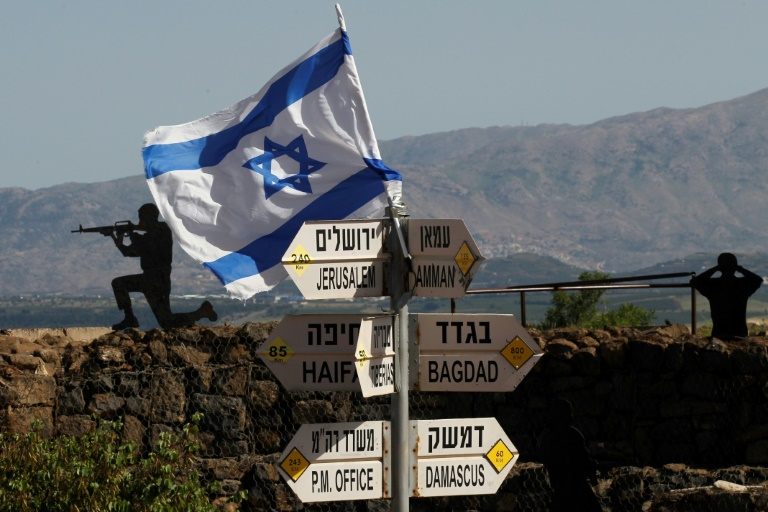 The reported exchange of fire between Israel and Iranian forces in Syria is a major escalation in tensions.(Photo: AFP)

Unprecedented clashes between Israel and Iran over Syria have sparked calls for restraint from world leaders worried about the risk of all-out war, even as both sides say they want to avoid a regional conflict.

All eyes will be on any fresh military activity Friday after Israel carried out widespread deadly raids against what it said were Iranian targets in Syria on Thursday in response to rocket fire towards its forces that it blamed on Iran.

The reported exchange of fire came after weeks of rising tensions and followed US President Donald Trump's decision Tuesday to withdraw from the landmark 2015 Iran nuclear deal, a move Israel had long sought.

The bombardment led to calls for calm from Russia, France, Germany and Britain and the European Union, while the United States put the blame squarely on Iran and stressed Israel's right to "self-defence".

Germany and Britain joined the United States in denouncing the rocket fire towards the Israel-occupied Golan Heights they also said was carried out by Iran, while France reiterated its "unwavering support for Israel's security".

Israeli Prime Minister Benjamin Netanyahu said Iran had "crossed a red line" and that the resulting bombardment against targets in Syria "was a consequence".

Iran's President Hassan Rouhani told German Chancellor Angela Merkel in a telephone call that he did not want "new tensions" in the Middle East.

Rouhani did not mention Israel's strikes in Syria, or those against the Israeli-occupied Golan Heights.

But the chairman of his country's parliamentary committee on foreign affairs, Allaeddine Boroujerdi, condemned the strikes, warning that "Israel has entered a dangerous game".

The Israeli raids in Syria, which a monitor said killed 23 fighters, were one of its largest military operations in recent years and the biggest such assault on Iranian targets, the Israeli military said.

"I hope we've finished this episode and everyone understood."

Israel carried out the raids after it said 20 rockets, either Fajr or Grad type, were fired from Syria at its forces in the Golan Heights at around midnight.

It blamed Iran's Quds force, adding that Israel's anti-missile system intercepted four while the rest did not land in its territory.

There were no Israeli casualties.

If confirmed, it would be the first time Iran has sought to directly attack Israeli-controlled territory aside from an alleged attempted drone assault in February.

The Syrian Observatory for Human Rights monitor reported that dozens of rockets were fired from Syria towards the Israeli-occupied Golan, without saying who fired them.

Later, in the early hours of the morning, explosions were heard in Damascus, while live images were broadcast on television showing projectiles above the capital and several missiles destroyed by anti-aircraft systems. 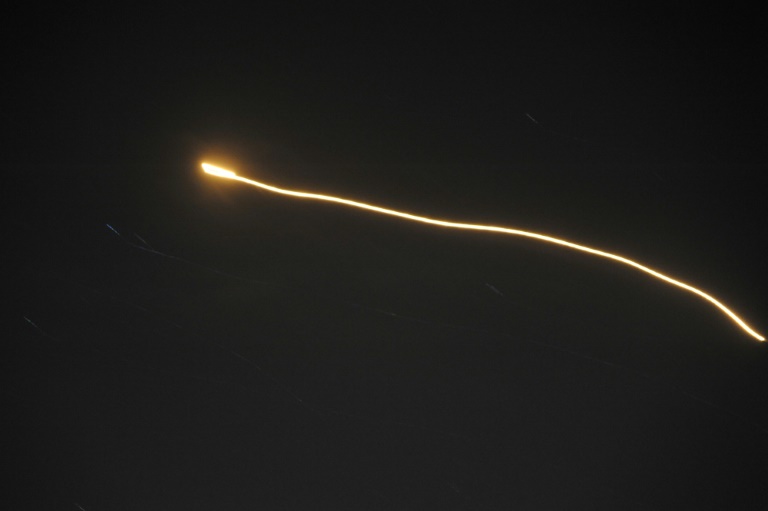 An image released by the Syrian Arab News Agency (SANA) early on May 10, 2018 purportedly shows what the official news agency said was air defence systems intercepting Israeli missiles over Syrian airspace, without specifying the location.(Photo: AFP)

Syrian state media said Israeli missile strikes had hit military bases as well as an arms depot and a military radar installation, without specifying where.

The official SANA news agency said "dozens of missiles were shot down by anti-aircraft systems in Syrian airspace", acknowledging a number had reached their targets.

Israel's military later confirmed it had carried out the raids, saying some 70 military and intelligence targets had been struck and all of its aircraft had returned safely.

Syrian air defences, which fired dozens of times on Israeli jets, were also targeted, he said.

Syria said it was the Israeli strikes that marked a "new phase" of direct involvement in the country's seven-year conflict.

Its army said three people had been killed.

In a rare if not unprecedented move for an Arab country, Bahrain backed Israel's right to "defend itself" after the strikes.

Bahrain is a close ally of Saudi Arabia and the two countries, whose foreign policies are often in lockstep, view Iran as the chief threat to the region.

Israel has long warned it will not accept Iran entrenching itself militarily in neighbouring Syria, where the Islamic republic is supporting President Bashar al-Assad's regime in the civil war.

It has been blamed for a series of recent strikes inside Syria that have killed Iranians, though it has not acknowledged those raids.

The Jewish state says it has conducted dozens of raids in Syria to stop what it says are advanced arms deliveries to Iran-backed Hezbollah, another key foe of Israel.

Israel had been preparing itself for weeks for possible Iranian retaliation.

Trump's withdrawal from the nuclear deal has added to tensions and led to a new level of uncertainty over how Iran will respond.

At a rally in Indiana on Thursday Trump said he still wanted intrusive inspections of Iran's nuclear sites to continue despite his decision to withdraw from the pact.

European allies are scrambling to save the hard-fought deal but have found themselves increasingly critical of Washington's stance.

In an interview with the French daily Le Parisien, France's foreign minister condemned Washington's decision to reimpose sanctions on Iran as "unacceptable" move that unilaterally punished European companies for trade with Iran.