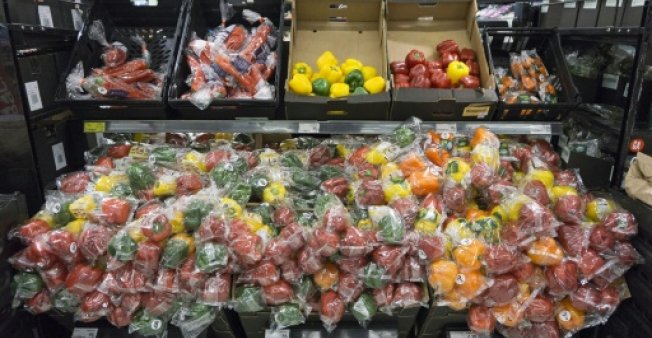 The British government will extend a charge on plastic bags to all businesses and encourage supermarkets to introduce plastic-free aisles. (Photo: AFP)

The government will extend a charge on plastic bags to all businesses and encourage supermarkets to introduce plastic-free aisles, May said in speech.

"In years to come, I think people will be shocked at how today we allow so much plastic to be produced needlessly," she said in London.

But Louise Edge, senior oceans campaigner at Greenpeace UK, said: "This announcement was billed as a major push to tackle our plastic problem but it looks more like a missed opportunity".

"The specific measures announced today don't match the scale of the environmental crisis we face," she said.

Vince Cable, leader of the Liberal Democrats, the fourth-biggest party in parliament, said Britain should be "eliminating all avoidable plastic waste now -- a target of 2042 beggars belief".

The environmental plan is due to be reviewed every five years, a spokesman for the prime minister said.

The pro-EU group Open Britain warned that Brexit could threaten environmental ambitions because of the potential weakening of stringent EU regulation.

"When it comes to managing the growing stresses on the environment, Brexit poses a greater challenge than any other political development that has taken place in our lifetime," the group said.

May's former director of communications, Katie Perrior, wrote in The Times that the prime minister's enthusiasm for the environment "may not be insincere but it is certainly new".

May "is desperate for the good headlines," she said.