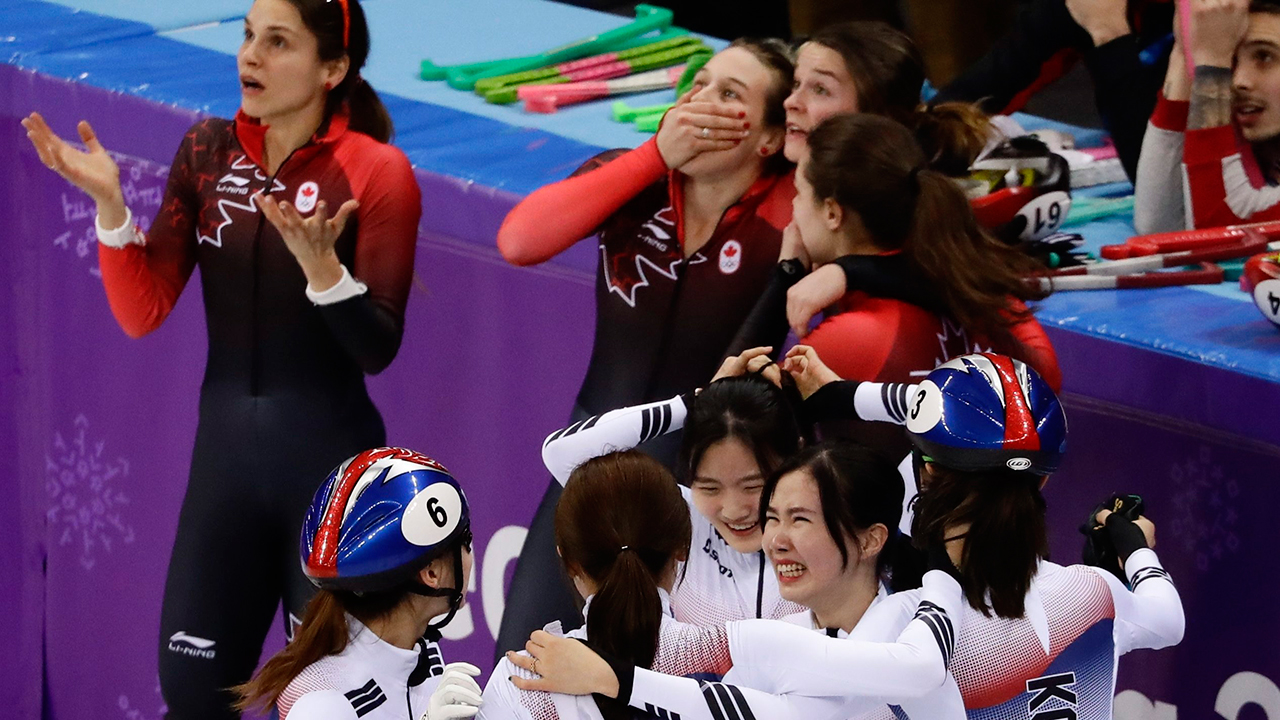 The 3,000-meter women’s short track speed skating relay left Canada in disbelief and frustration on Tuesday after China and Canada were dramatically disqualified.

It was the first time that Canada has failed to win a medal in the event since it was introduced in the Olympics, according to the Vancouver-based Global News.

The Canadians, who could have stood on the podium if not penalized, were replaced in third by the Dutch who were not even on the ice at that time.

In the end, the South Korean team won the gold medal, with Italy coming up from fourth to second and  the Netherlands winning the bronze.

The Canadians, with their arms on each other’s shoulders, watched the overhead video board after the race. Their jaws dropped and they initially celebrated before realizing they weren’t the ones to benefit from China’s penalty, AP reported.

The Canadian team wondered if the South Korean team might be penalized for impeding them, bumping them up a spot on the podium, but Boutin and St-Gelais both cupped their mouths when their penalty was flashed up on the board.

St-Gelais wasn’t sure why Canada was slapped a penalty.“The crash (occurred when) the Korean fell. They had an exchange on the side and she fell, so (Valerie Maltais) tried to avoid it, but she couldn’t, so that’s why she fell. So we thought she might be called in that, because she wasn’t stable at all, according to the Global News report.

The penalties also sparked huge controversy among netizens, with many Twitter users showing disbelief in the dramatic result.