Canada's ambassador to South Sudan, Alan Hamson, lauded the service of Chinese peacekeepers on Friday, after meeting them on an inspection tour to a South Sudanese town. 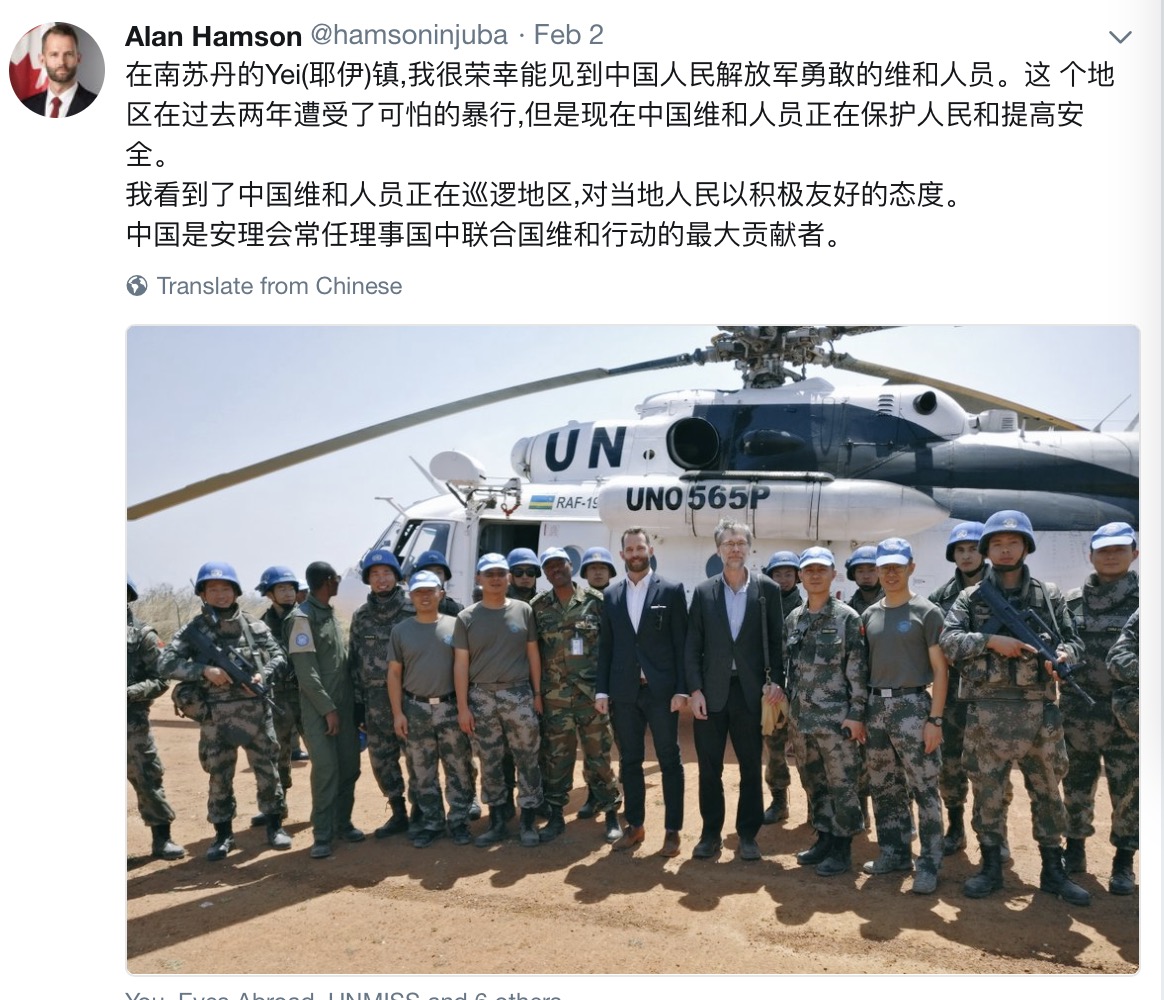 "It has been my pleasure to have met these brave Chinese peacekeepers in the town of Yei in South Sudan. This region has been tormented by horrid violence in the past two years, but its people are now protected by Chinese peacekeepers. I saw them patrol the areas and they were all friendly toward local people. Among the permanent members of the UN Security Council, China is the biggest contributor to the UN peace keeping mission," Hamson wrote in Chinese on Twitter.

Yei is approximately 160 kilometers southwest of South Sudan's capital Juba. A large number of people have fled the town due to armed conflicts in the ongoing civil war. 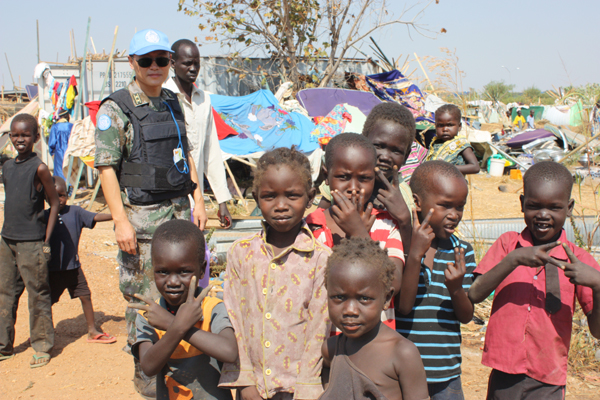 Civil war broke out in South Sudan in 2013, leaving tens of thousands of people dead and some 4 million displaced. Warring parties agreed to end the fighting in December 2017, but attacks have continued.

China started to send peacekeeping troops with the former UN mission in Sudan in 2006. After the independence of South Sudan in July 2011, China continued to dispatch peacekeepers to South Sudan, including military engineers and logistics staff, police and medical personnel. Their mission in Yei started in 2015.

Chinese peacekeepers have greatly contributed to protecting civilians and building durable peace in South Sudan. The third and sixth Chinese Peacekeeping Battalion with the UN Mission in South Sudan (UNMISS) received UN medals for their exemplary service in the war-torn nation on October 2 and November 30, 2017, respectively. 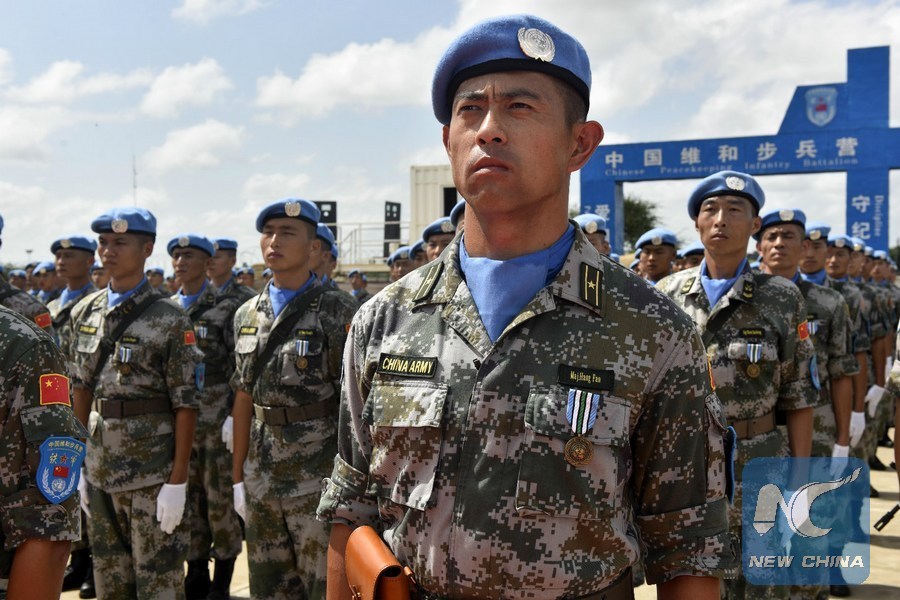 Chinese peacekeeping soldiers wait for the glorious moment at the medal-receiving ceremony on Oct. 3, 2017. (Xinhua/Li Zan)

Over almost three decades, China has contributed more than 30,000 UN peacekeepers to 24 different missions. It is also the second largest financial contributor to peacekeeping.