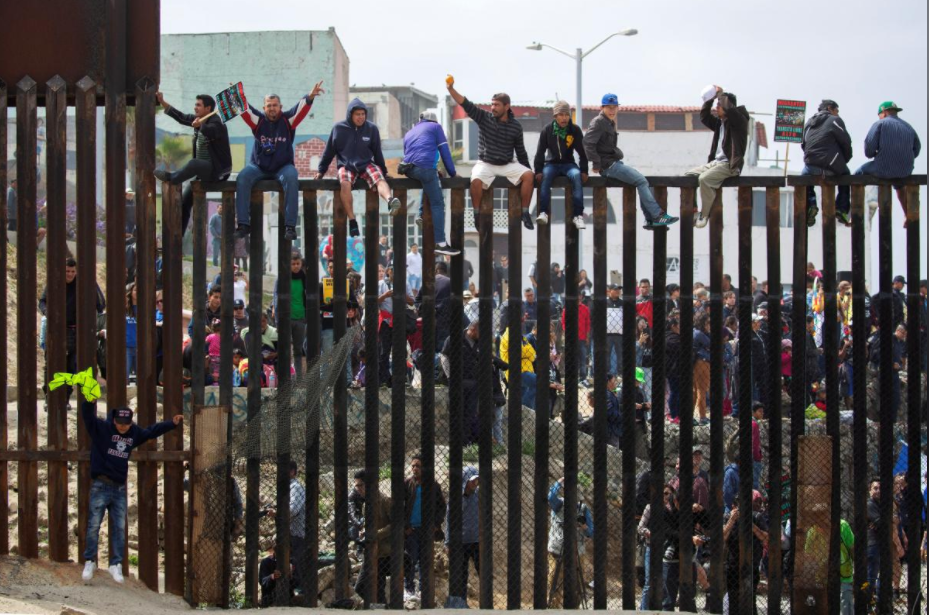 People in Mexico climb the border wall fence as a caravan of migrants and supporters reached the United States-Mexico border near San Diego, California, US, April 29, 2018. (Photo: Reuters)

US border authorities said Saturday that some people associated with the caravan had already been caught trying to slip through the fence and encouraged the rest to hand themselves in to authorities.

“We are a very welcoming country but just like your own house, we expect everyone to enter through our front door, and answer questions honestly,” San Diego Chief Patrol Agent Rodney S. Scott said in a statement.

The group of about 400 migrants from Honduras, Guatemala and El Salvador arrived in border city Tijuana on buses over the past couple of days, and most of them said Saturday they intended to legally seek asylum in San Diego on Sunday.

“I feel a little cold, I feel anxious,” said Jaime Alexander from El Salvador in the morning, shaking slightly. Later he and some other migrants will go to the border and attempt to request US asylum. US authorities have advised that there may be delays in their ability to process the migrants and that some “may need to wait in Mexico as [border officials] work to process those already within our facilities.”

A security guard back home, Alexander said he fled after a death threat. His feet are still swollen from days of walking as the group made its way to the border. 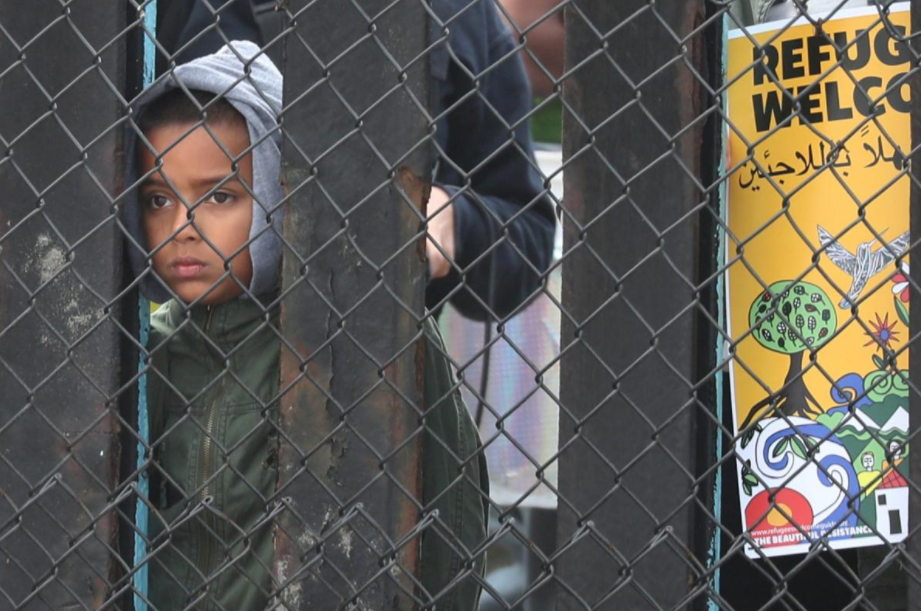 Members of a migrant caravan from Central America and their supporters look through the US-Mexico border wall at Border Field State Park before making an asylum request, in San Diego, California, US April 29, 2018.(Photo: Reuters)

Lawyers advising the group warned the migrants on Saturday that not everyone will be successful. Asylum seekers must demonstrate a well-founded fear of persecution at home and the overwhelming majority of those from Central America are denied refuge in the United States. Those denied asylum are generally deported to their home countries.

After the grueling journey, a somber mood took hold in Tijuana over the weekend as migrants faced an uncertain future in which they are likely to be detained and separated from friends and family.

“To anyone that is associated with this caravan, Think Before You Act,” Scott’s statement said, vowing to prosecute migrants entering the country illegally. “If anyone has encouraged you to illegally enter the United States, or make any false statements to US government officials, they are giving you bad advice and they are placing you and your family at risk.”

At venues around Tijuana, volunteer US immigration lawyers on Saturday listened to harrowing tales of life in the immigrants’ home countries.

Death threats from local gangs, the murder of family members, retaliatory rape, and political persecution back home prompted them to flee, the migrants told the lawyers.

Many of the migrants who spoke at length with Reuters at various points during their trip through Mexico recounted detailed stories of facing death threats.

The lawyers advised which cases had a better chance of passing the “credible fear” test required to enter the long and often difficult US asylum process, said immigrant rights organization Al Otro Lado, Spanish for On the Other Side.

Migrants without strong asylum cases were advised to remain in Mexico, although the Mexican government has not said whether it will allow them to stay.

“We’ll wait and see,” said Bryan Garcia, from Honduras, seated beside the four-year-old daughter of his new girlfriend as they waited for her mother to come out of a meeting with a lawyer.

Nicole and her mother are from El Salvador. They befriended Garcia along the caravan’s journey.

Garcia said he would not ask for asylum but would stay in Tijuana, having already been deported once from the US

“We’ll just have to try to stay connected,” he said as Nicole paused from eating her biscuit and blinked up at him.

Trump pressured Mexico to stop the migrants before they reached the border, linking the future of the North American Free Trade Agreement (NAFTA) to Mexican efforts to stem the flow of Central Americans.

The friction has coincided with high intensity efforts by US, Canadian and Mexican teams to renegotiate NAFTA at Trump’s bidding. Negotiators trying to hammer out a NAFTA deal said on Friday they will take a break until May 7.

Mexico deports tens of thousands of Central Americans every year back across its southern border with Guatemala.