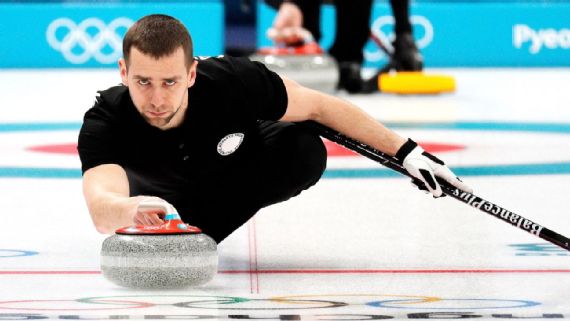 Russian curler Alexander Krushelnitsky will give his Olympic bronze medal back after he failed a drug test at the Pyeongchang Games. (Photo: AP)

The Court of Arbitration for Sport (CAS) confirmed on Thursday that the Olympic Athlete from Russia (OAR) curler Alexander Krushelnitsky has been found guilty of an anti-doping violation after testing positive for the banned substance meldonium.

CAS said in a statement that the curler is disqualified from the mixed doubles curling event at the PyeongChang Olympic Winter Games and the results obtained by the team at the event are disqualified too.

Krushelnitsky, who won the bronze medal with his wife, had accepted a provisional suspension beyond the period of the Games, CAS said in the statement, adding that the athlete had "reserved his rights to seek the elimination or reduction of any period of ineligibility" following the Games.